Crude moving back toward US$100 is a stretch: Oil analyst

Oil squeezed out its first weekly gain in three on signs that global demand is holding up despite concerns that the renewed spread of the virus could stall the recovery.

Futures in New York rose 0.2 per cent this week, completely recouping a selloff on Monday that was stoked by the rapidly spreading delta variant. Fuel demand and road traffic from the U.S. to Asia and Europe remains resilient, underscoring expectations that the recovery hasn’t been derailed and global inventories will continue to shrink.

“The fact of the matter is that we’re not going to see, at least in the U.S. and in Europe, a massive return to strict lockdown,” said Ed Moya, senior market analyst at Oanda Corp. 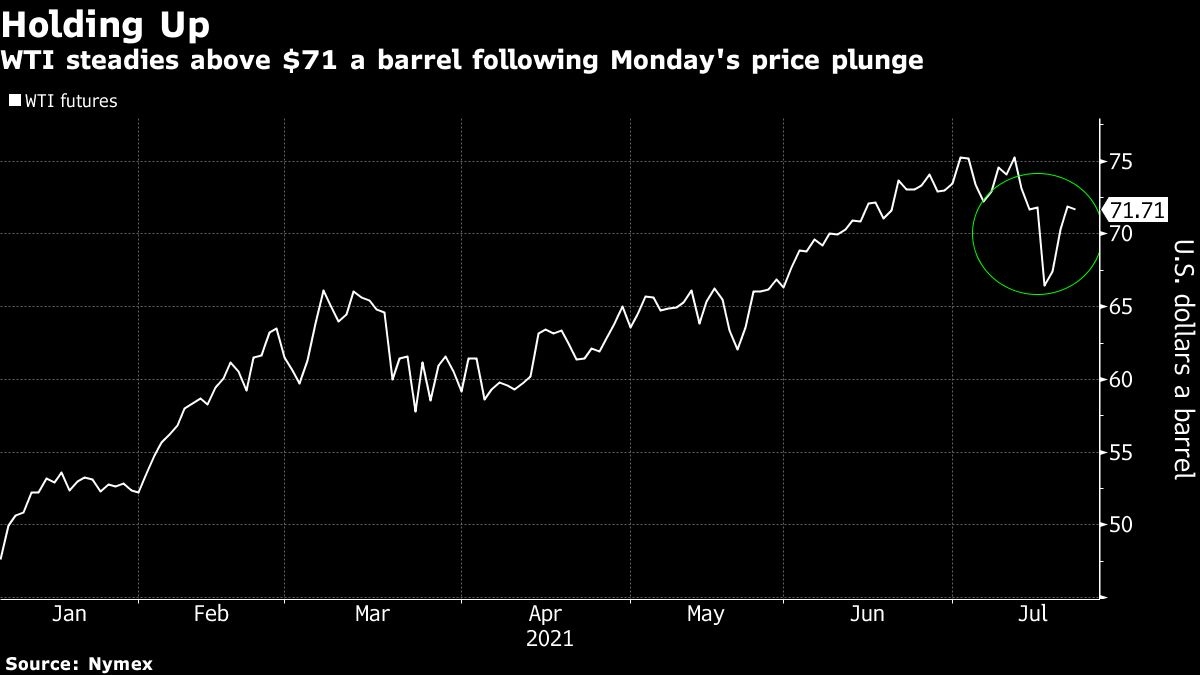 Crude has rallied nearly 50 per cent this year as ongoing vaccination campaigns have propelled reopenings. Data this week showed gasoline demand is essentially back to normal in many of the biggest consuming countries. Meanwhile, OPEC+ and U.S. shale producers have shown discipline in returning shuttered supplies to the market.

The 7.5 per cent price slump on Monday came just a day after the Organization of Petroleum Exporting Countries and its allies led by Saudi Arabia and Russia finalized an agreement to gradually restore production they halted during the pandemic. OPEC+’s modest increase eased fears around concerns of oversupply.

“Everybody thinks they are going to flood the market, and then they take a step back and realize that, hey, they’re adding because the supply is being burned off,” said Phil Streible, chief market strategist at Blue Line Futures LLC in Chicago.

The recent dip in prices is a buying opportunity and Brent prices should hit US$100 per barrel next year, said a group of analysts at Bank of America Corp. in a recent note to clients.

This week, Schlumberger and Baker Hughes Inc. suggested the rebound in the U.S. shale patch will likely slow this year as companies keep a lid on spending. Despite a strong recovery in crude prices in 2021, the shale industry is largely resisting adding new supply.

Still, the virus continues to pose a challenge. The Olympics opening ceremony kicked off in a nearly empty stadium in Tokyo, amid a record number of new infections linked to the games. In China, there are signs that a fresh outbreak at the airport in the eastern Chinese city of Nanjing has quietly spread to other provinces.