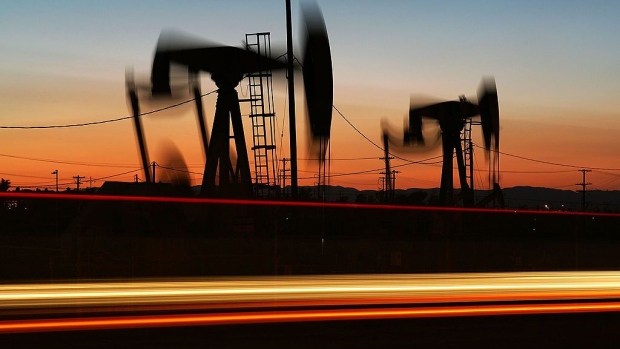 Oil rose after reports of missile strikes on an Iranian tanker and as the U.S. plans to troops to Saudi Arabia, reigniting fears over military escalation in the world’s most important crude-producing region.

Brent initially jumped above US$60 a barrel after the Islamic Republic News Agency reported a National Iranian Tanker Co. ship caught fire after a blast off the coast of Saudi Arabia. Prices gave up some of the gains as the International Energy Agency trimmed its forecast for demand growth this year and in 2020, before rising again on a report that the U.S. plans to send as many as 1,800 troops to help defend Saudi Arabia.

“The event is a reminder to the market that geopolitical tensions in the region can affect supply,” said Harry Tchilinguirian, head of commodity markets strategy at BNP Paribas SA in London. 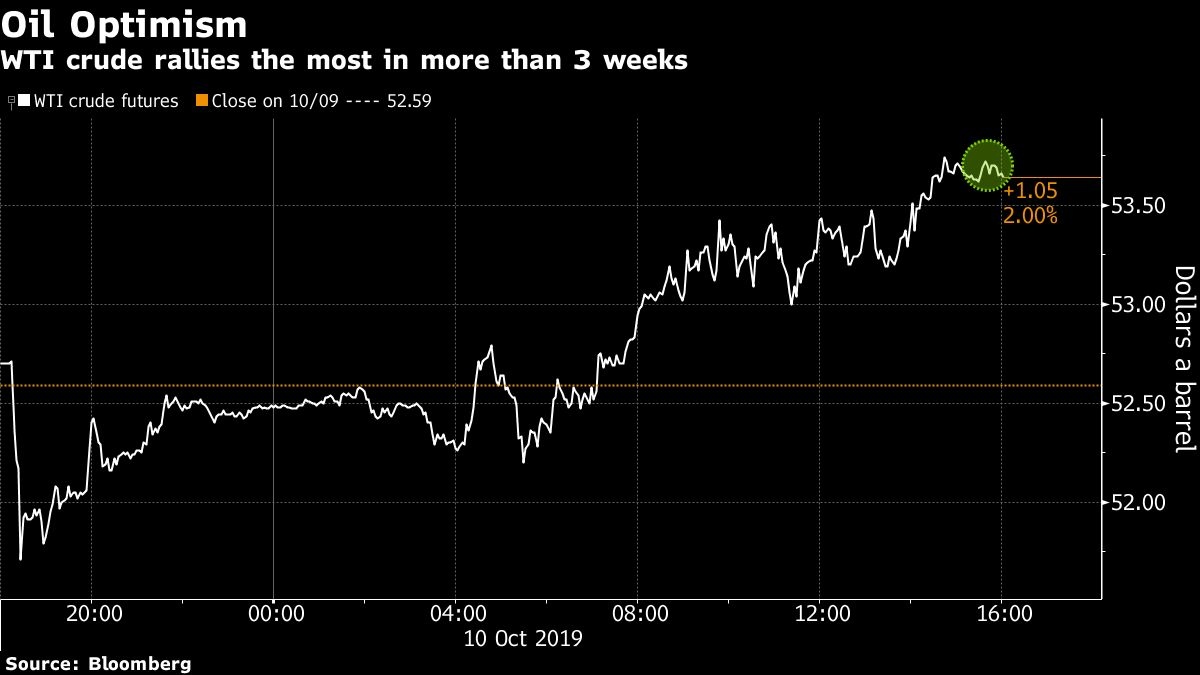 The tanker explosion and the increase in U.S. forces in the region spur fresh concern about potential conflict in the Middle East after attacks on ships and drones earlier this year and last month’s strike on Saudi Arabian energy infrastructure that briefly cut global supplies by five per cent. Prices were already higher Friday on prospects for progress in the U.S.-China trade dispute offering a glimmer of hope for demand.

The attack is offsetting a more bearish outlook on global markets from the International Energy Agency, Tchilinguirian said. The Paris-based IEA, which advises major economies, trimmed forecasts for global oil demand growth this year and next by 100,000 barrels a day amid a deteriorating economic backdrop.

Brent crude for December settlement traded US$1.25 higher at US$60.35 a barrel as of 11:41 a.m. New York time on the ICE Futures Europe Exchange. The contract is up 3.4 per cent this week.

West Texas Intermediate for November delivery rose 98 cents to $54.53 a barrel on the New York Mercantile Exchange. Prices are up 3.3 per cent this week. WTI for December was at a US$5.71 a barrel discount to Brent for the same period.

“The question is, if we do get a slowdown in demand as we expect, will OPEC really be able to pull the market higher,” said Daniel Ghali, commodity strategist at TD Bank in Toronto.

Two tanks in the Sabiti vessel were damaged in explosions while the tanker was hauling 1 million barrels of crude near the Saudi port of Jeddah, according to Iranian state media. The strike ratchets up tension in the Middle East after the attacks on key Saudi Arabian oil-processing facilities on Sept. 14 which were blamed on Iran. In July, a U.S. ship downed an Iranian drone, while tankers have been targeted in the Persian Gulf.

--With assistance from James Thornhill, Sharon Cho and Elizabeth Low.