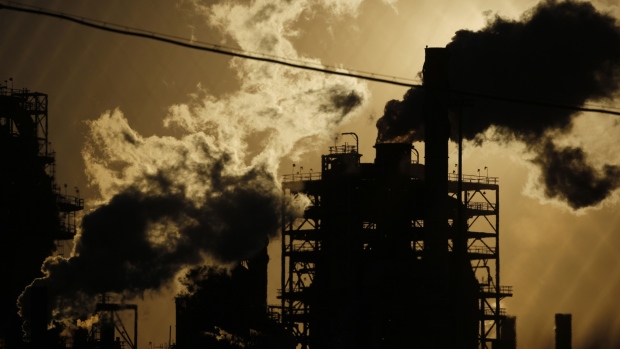 Oil slid with reports that Russia and other OPEC+ nations are considering raising production in the wake of a tightly-supplied global crude market.

Futures in New York fell 0.8 per cent on Tuesday and Brent crude also declined after crossing US$75 a barrel in Asia’s trading hours. While price indicators and inventory data show a pattern of demand outstripping supply, there are concerns that OPEC+ will boost output. The producer coalition will meet next week and Russia -- which jointly leads the alliance with Saudi Arabia -- was reported to consider proposing the group increase supply in August.

"Just the rumors that OPEC+ will consider adding additional production is enough to pull us back from the US$75 mark," said Gary Cunningham, director of market research at Tradition Energy. 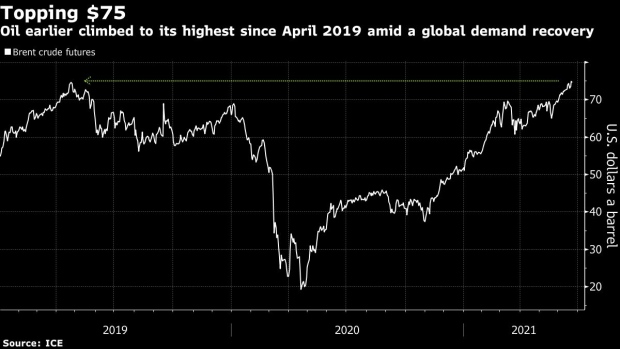 Global progress in COVID-19 vaccination campaigns has underpinned a robust consumption recovery in the U.S., China and Europe, boosting crude prices. The market will remain tight through the summer, according to Goldman Sachs Group Inc.’s Jeff Currie. Market gauges are further corroborating that view, with one timespread for West Texas Intermediate expanding to the widest backwardation in seven years on Monday.

OPEC and its partners have maintained discipline toward restoring shuttered supplies during the pandemic. The roaring comeback in demand is now testing the patience of group members, who will gather on July 1 to weigh another hike.

In the U.S., crude stockpiles are seen falling 3.5 million barrels last week, according to a Bloomberg survey of analysts. The industry-funded American Petroleum Institute will release its inventory data later Tuesday, while the U.S. government’s report is due Wednesday.

The global supply deficit and further spikes in oil prices could loosen the lid that the U.S. shale industry has kept on their production and Saudi Arabia will want to avoid giving producers a reason to bring wells online, according to Tariq Zahir, managing member of the global macro program at Tyche Capital Advisors LLC. "They don’t want to see shale come back quickly."

--With assistance from Grant Smith.