The valuations in natural resources are unbelievable: David Taylor

A flurry of outages across western Canada’s oil patch have disrupted petroleum flows to the U.S. and global markets.

One of the biggest crude pipelines from Canada to the U.S. — TC Energy Corp.’s Keystone — has been hit by power outages due to ice accumulation. Flows on the conduit have rebounded from lows earlier this week. A Pembina Pipeline Corp. line that transports natural gas liquids has been isolated after a spill in Alberta, and Enbridge’s Express Pipeline from the province to Wyoming experienced problems with third-party utilities that cut rates. 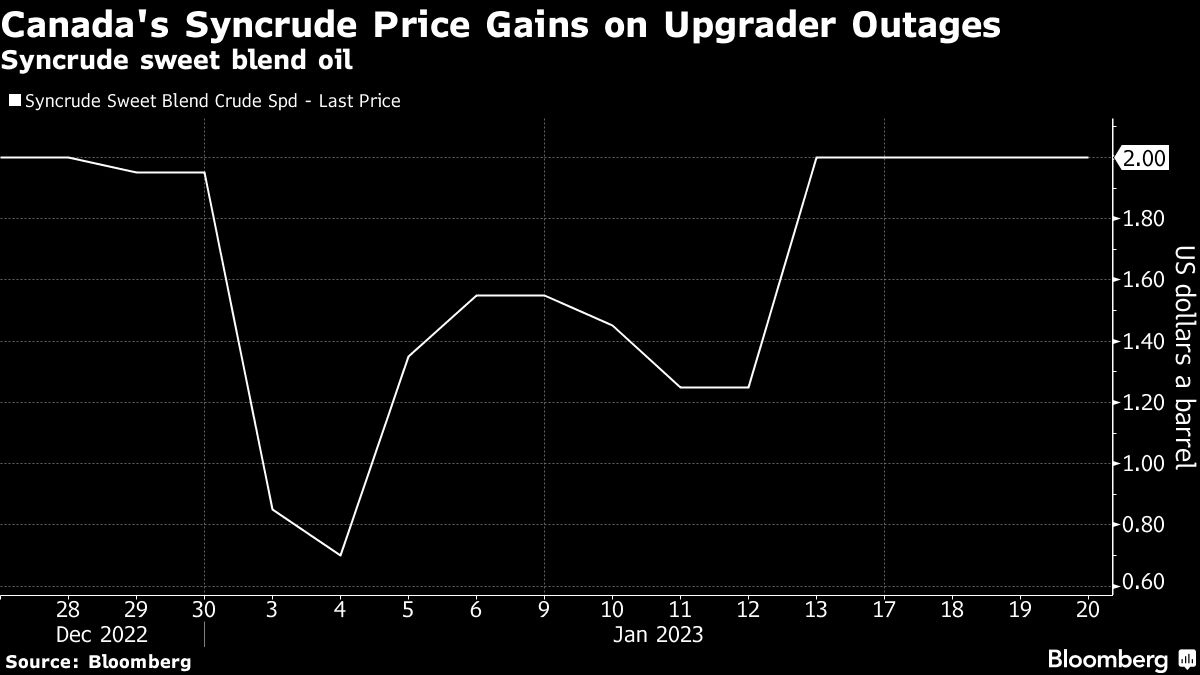 Canada is a major supplier of crude to U.S. refiners, and supply disruptions have already increased prices for the low-sulfur grades the Canadian upgraders produce. A prolonged outage may tighten inventories across North America just as stockpiles started to recover from near-historical lows. Still, the start of seasonal refinery-maintenance may reduce demand, which would help prevent major price shocks.

Heavy Canadian crude’s discount to U.S. benchmark oil has narrowed this year because of increased buying from China. Still, the spread widened slightly on Friday as Keystone pipe rates were cut. In Alberta, Western Canadian Select’s discount to West Texas Intermediate widened 25 cents to US$23.75 a barrel on Friday, data compiled by Bloomberg show.