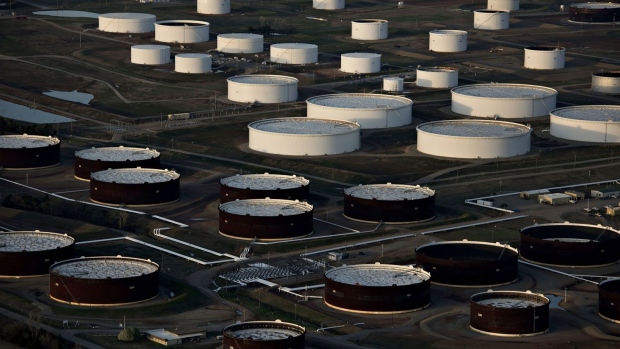 Futures in New York declined as much as 4.4 per cent on Thursday, the largest intraday drop in about two weeks, before easing losses. An Energy Information Administration report showed domestic crude supplies fell by nearly 4 million barrels last week, while distillate inventories tumbled by the most since 2003. Still, supplies at the Cushing, Oklahoma, fstorage hub rose for a fourth straight week.

Prices had traded lower earlier in the session after applications for U.S. state unemployment benefits unexpectedly jumped last week to the highest since August, boding poorly for a sustained recovery in demand. Meanwhile, Paris and London are facing renewed restrictions as COVID-19 cases continue to rise.

West Texas Intermediate crude futures for November delivery fell US$1.08 to US$39.96 a barrel at 11:04 a.m. in New York. Brent for December delivery declined US$1.01 to JS$42.31 a barrel on the London-based ICE Futures Europe exchange.