OPEC+ is likely to go ahead with the planned production increase: Helima Croft

Futures fell as much as 2 per cent in New York earlier Wednesday but rallied from the trough after OPEC and allied partners appeared to rubber stamp a previously announced hike of 400,000 barrels a day. The drama-free meeting was a welcome sign of unity after July’s tiff between Saudi Arabia and the UAE left the market waiting for days on a decision. A U.S. government report showed crude inventories fell more than expected and total petroleum products supplied rose to its highest ever.

“The declines are getting erased because the market is putting more emphasis on the bullish report rather than the OPEC+ announcement which was anticipated,” said John Kilduff, a partner at Again Capital LLC. That the group made a decision in “record time” is a sign that there is unity among them unlike more recent rounds of their meetings when there were divisions, he added. 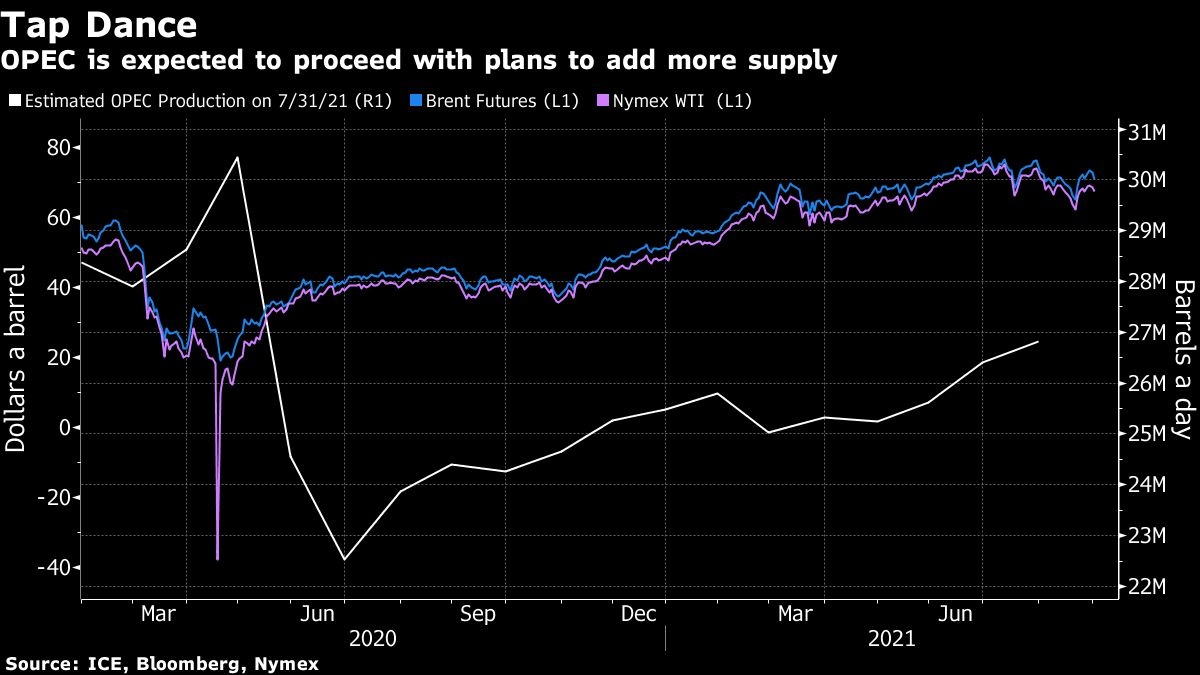 After rallying in the first half, crude’s surge stalled over the past two months amid concern about the spread of the delta variant and a rebound in the U.S. dollar. OPEC+ has been gradually restoring the supply it took offline last year as the pandemic broke out, crushing consumption. The alliance projects that global inventories will continue to drop this year even as it loosens the taps.

U.S. crude supplies declined by 7.17 million barrels last week, according to Energy Information Administration data. The industry-funded American Petroleum Institute had reported a crude supply decline of over 4 million barrels. Meanwhile, total oil products supplied rose to its highest in data going back to 1990. Gains in propane, jet fuel, gasoline and diesel helped push this number to the record.

The crude draw surpassed expectations despite Gulf Coast refineries shutting in preparation for Hurricane Ida. “Crude stocks would have drawn even more if it wasn’t for the refiner shut-ins,” said Quinn Kiley, portfolio manager at Tortoise.