Oil declined Friday but still posted a weekly gain as traders weighed the prospects of higher demand this winter against the potential for Iranian supply to return.

West Texas Intermediate futures ended the week 3.5 per cent higher after losing 2.4 per cent Friday. Iran said it could accept a European Union-brokered nuclear deal if it receives certain guarantees. The prospect of more oil supply wiped out all gains earlier in the session.

Crude has been whipsawed by a flurry of both bearish and bullish headlines in recent days. Yet cooling inflation that may ease the pace of interest-rate hikes by the Federal Reserve has supported commodities broadly.

“My view is we move higher,” said Rebecca Babin, a senior energy trader at CIBC Private Wealth Management. “Demand numbers in the US were better and we have priced in a lot of negative demand adjustments into the market at this point,” she added. 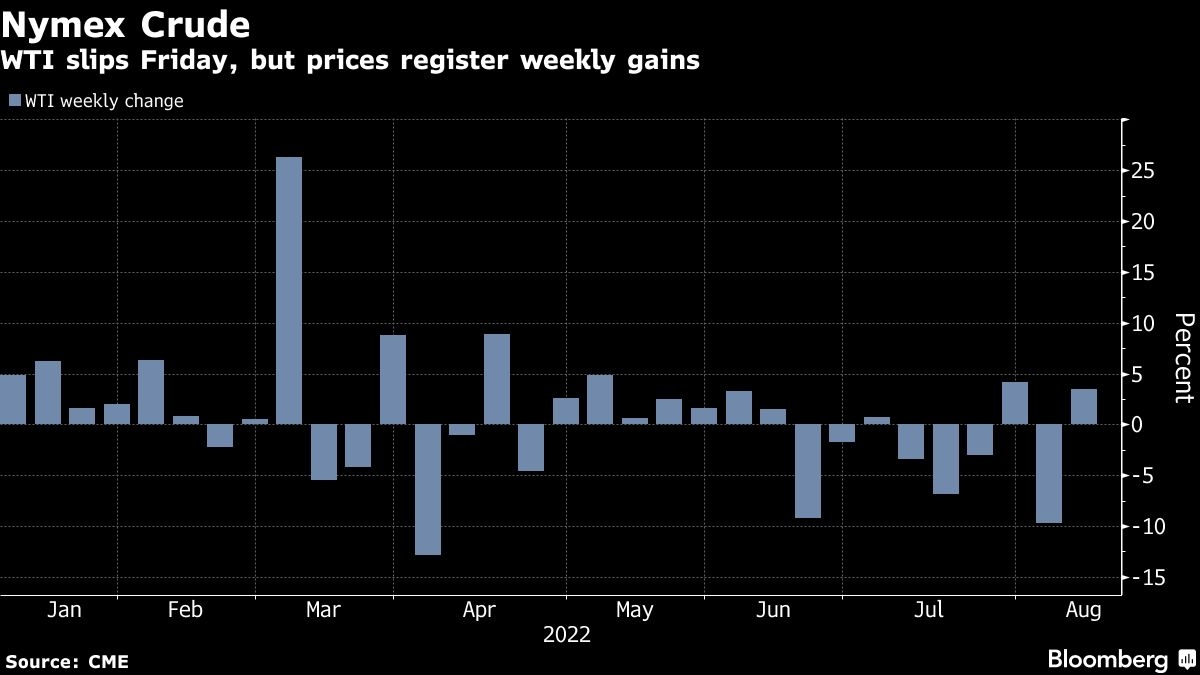 The International Energy Agency this week raised its forecast for global demand growth, which has supported prices. On the other hand, the Organization of Petroleum Exporting Countries expects the global market to tip into a surplus this quarter, and trimmed forecasts for the amount of crude it will need to pump.

And while many analysts and traders believe the prospect of an Iran nuclear deal has not been priced into the market yet, the likelihood of an agreement is increasing. Both sides, the US and Iran, have made enough incremental progress for a shift in the base case expectations for the timing of a deal from the first quarter of 2023 to the fourth quarter of 2022, Rapidan Energy Group said in a note.

“The oil balance will be close to impossible to reliably predict,” given the array of wildcards in the market at the moment, said Tamas Varga, an analyst at PVM Oil Associates Ltd.

Though prices have rallied this week, options markets are telling a different story. Traders are paying the biggest premium for bearish put options over bullish calls since February. That gauge -- known as the put skew -- has grown steadily since concerns about the strength of the global economy have intensified.