Oil dropped to the lowest since last December as investors pared back crude positions amid a broader market sell-off.

West Texas Intermediate settled near US$74 on Tuesday, erasing all of this year’s gains. The slump comes against a backdrop of ever-dwindling liquidity in the oil market: Brent open interest is at the lowest since 2015, as traders strip their positions in the final month of the year.

Traders are “fleeing the market” because of the “absurd” price actions oil has recently experienced, Ed Morse, global head of commodity research at Citigroup Inc., said in a Bloomberg Television interview. “We are getting toward the end of the year, and those who made money this year did not want to lose any.”

Risk appetite remains low as investors digest economic data pointing to a slowdown in the U.S., and weigh the long-term impact of the latest round of restrictions placed on Russia by the European Union and Group of Seven. These include limits on insurance and a US$60-a-barrel cap on Russian oil.

The oil market’s structure has also been in freefall, with one gauge of U.S. trading at its weakest level in two years, pointing to ample near-term supply. 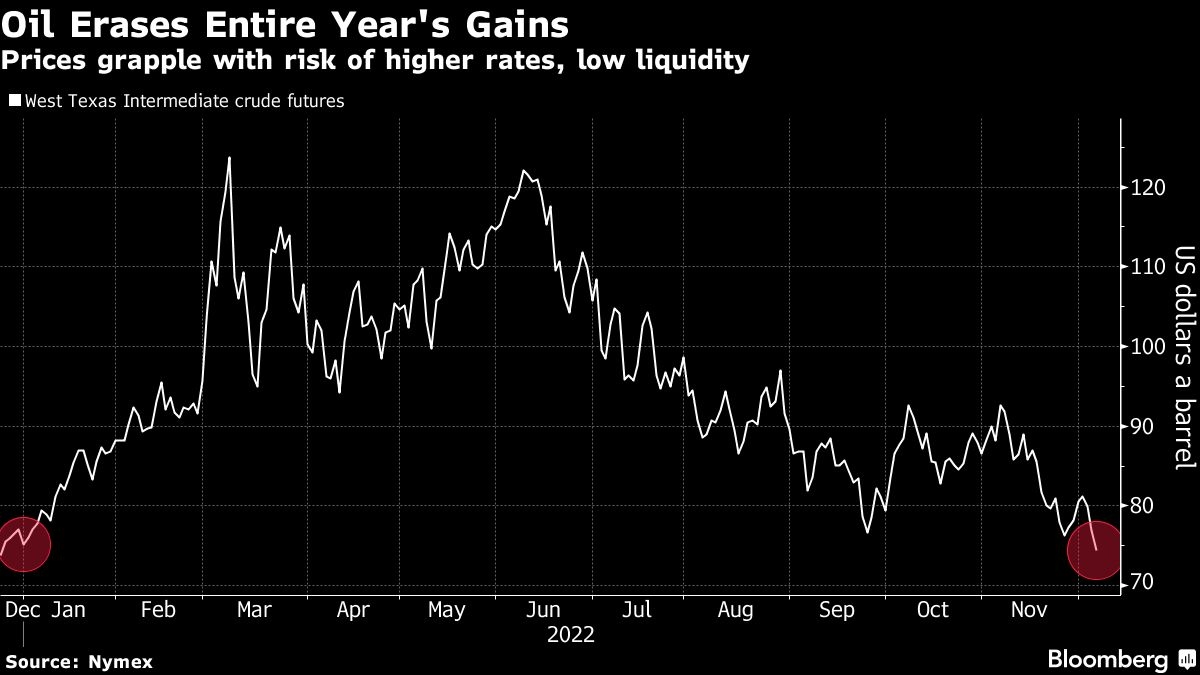 Saudi Arabia, meanwhile, has lowered most oil prices for Asia, including for its flagship Arab Light grade, in a sign demand remains tepid. The move was largely in line with refiners’ and traders’ predictions, according to a Bloomberg survey. The price is now at its lowest level since March.