Next year we're going to see one of the tightest LNG markets in history: Yale oil historian

Oil posted a third weekly loss as the European Union suspended talks over a Russian oil price cap amid disagreements between member states.

West Texas Intermediate futures fell 2.1 per cent to settle at US$76.28 a barrel after trading in a more than US$3 range on Friday. European diplomats remain locked in talks over how strict the cap should be, having previously proposed a range of US$65-US$70. Poland and the Baltics felt the cap was too generous to Russia and now diplomats have postponed discussions until Monday.

The cap talks come before an OPEC+ meeting early next month. Iraq and Saudi Arabia’s oil ministers met on Thursday and said the group could take further measures if required to achieve stability in the market. 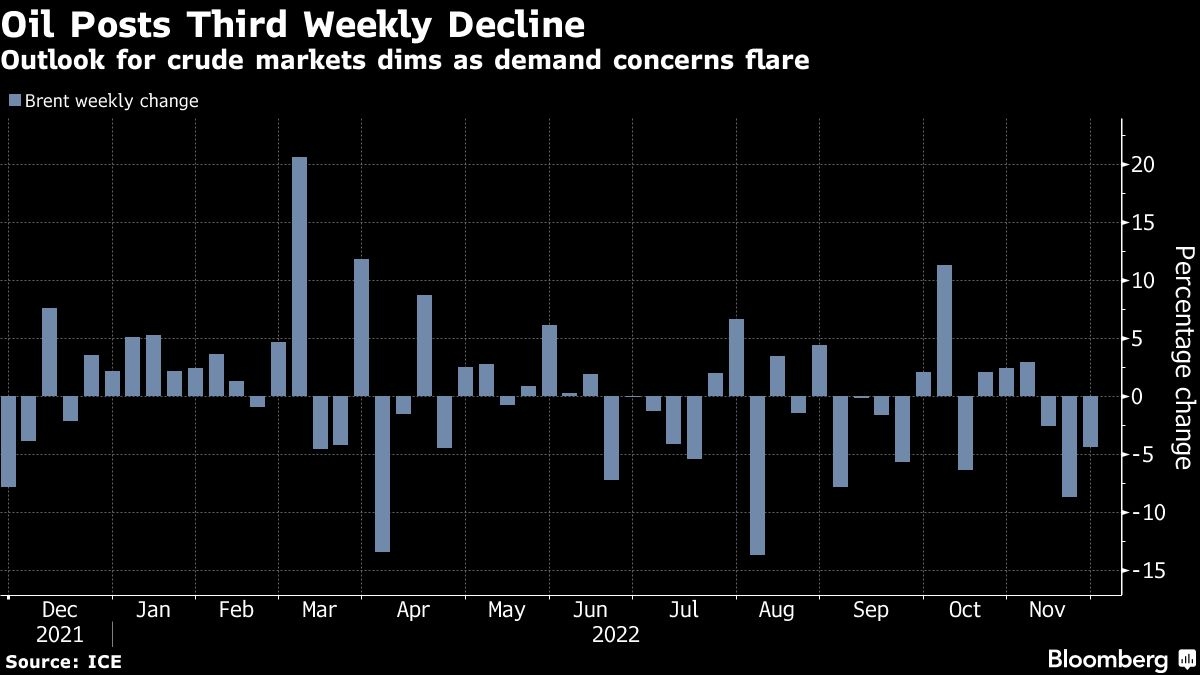 Crude has declined in November, overturning the gains made in October after the Organization of Petroleum Exporting Countries and allies agreed to reduce production. Mounting headwinds to crude demand have stemmed from China’s tighter economic lockdowns and fears of a U.S. recession.

“Our balances point to slight oversupply until the end of 1Q,” Morgan Stanley analysts including Martijn Rats and Amy Sergeant said in a note to clients. “For now, the oil market is faced with macroeconomic headwinds.”

The price-cap plan forms part of the efforts by the EU and the Group of Seven to punish President Vladimir Putin for the invasion of Ukraine by reducing Moscow’s revenue, while at the same time allowing other states to continue imports. The introduction of a cap by western countries will “with high probability” have a negative effect on the energy market, Putin said.