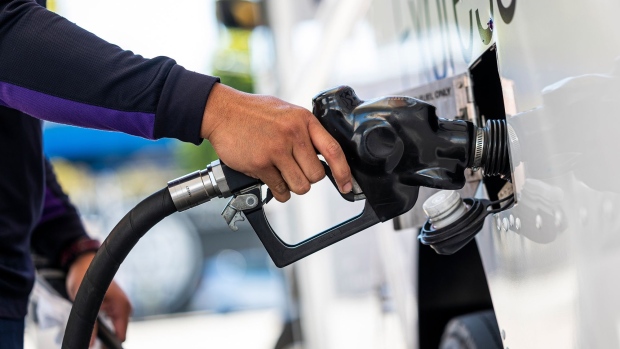 A worker refuels a FedEx truck at a Chevron gas station in San Francisco, California, US, on Monday, Oct. 3, 2022. California Governor Gavin Newsom called for a windfall tax on oil companies and allowed for production of a cheaper blend of gasoline as the state faces a surge in fuel prices. , Bloomberg

(Bloomberg) -- Russia could cut its oil production by as much as 3 million barrels per day if the European Union and US proceed with a plan to cap prices, market experts have warned.

The comments come as EU countries on Wednesday reached a compromise on a new package of Russian sanctions, and as OPEC+ nations including Russia agreed separately on a production cut to support global prices. The EU pact includes support for the price cap on oil sales to third countries, a measure designed to curb Russia’s revenues while keeping its oil flowing to international markets.

Russian Deputy Prime Minister Alexander Novak said Wednesday the cap would backfire and could lead to his country temporarily cutting production. Such a move would almost certainly cause oil prices to surge higher.

Russian President Vladimir Putin could shut in as much as several million barrels per day without damaging his oil fields, said Robert McNally, president of the Rapidan Energy Group consultancy and a one-time adviser to former President George W. Bush. His view was echoed by other veteran market observers in Washington.

“Russia might not find a plausibly deniable pretext for all 3 million barrels a day right away, but Putin might not need to,” said Kevin Book, managing director of research firm ClearView Energy Partners. “Even half of that could exert immediate strain on markets.”

Russian output of crude and condensate -- a lighter type of oil -- rose to about 10.8 million barrels a day in July, its highest since the country invaded Ukraine.

The price cap plan has been the subject of urgent efforts in recent weeks on the part of US Treasury officials and their G7 counterparts. The untried concept rests on the assumption that Putin needs energy revenues so badly he’ll have no choice but to comply with the terms of the cap. Shutting in production, so that line of thinking also goes, could damage Russian wells.

A Treasury official said the department’s analysis shows that Russia would do long term damage to its oil production, storage and transportation infrastructure by cutting its output. The official added that many Western companies have left the country, making the the problem worse because they’ve taken their experts and technology with them.

But McNally said Russia could actually shut in a significant amount of its daily production without jeopardizing future flows. “Russian operators have become expert in flexing their brownfield production, and resting fields can actually boost recoverable resources,” he said in an interview.

Cutting back production isn’t the only option for Russia to respond should the price cap be imposed, said David Goldwyn, an independent consultant and former energy envoy at the State Department under President Barack Obama. Other possibilities including cutting off crude exports via the Druzhba pipeline and Caspian Pipeline Consortium, or “retaliating in some way” to “basically elevate prices anyway,” he said.