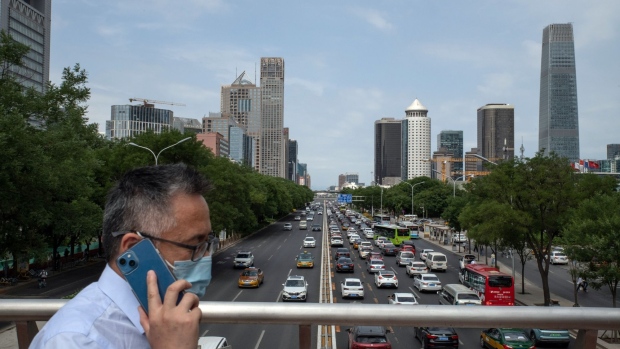 Vehicles travel along a road in Beijing, China, on Tuesday, June 7, 2022. As Beijing relaxes Covid curbs and allows indoor dining again, restaurants are betting that customers will be back in droves, boosting demand for everything from meat to cooking oils. , Bloomberg

Oil prices haven’t peaked yet because Chinese demand has yet to return to normal, said the energy minister from key OPEC member the United Arab Emirates.

The comments indicate that consumers can expect little respite from the soaring cost of energy. The UAE is the third largest producer in OPEC and one of the few countries in the world with the capacity to significantly increase crude output, yet it expects supply scarcity to worsen.

“If we continue consuming, with the pace of consumption we have we are nowhere near the peak, because China is not back yet,” UAE Energy Minister Suhail Al-Mazrouei said at a conference on Wednesday in Jordan. “China will come with more consumption.”

Al-Mazrouei warned that without more investment across the globe, the Organization of Petroleum Exporting Countries and its allies are not able to guarantee sufficient supplies of oil as demand fully recovers from the coronavirus pandemic.

The group agreed last week to open its oil taps a little faster in the summer months. That modest supply boost amounts to just 0.4% of global demand over July and August and comes after several months in which OPEC+ has struggled to hit its production targets.

Only Saudi Arabia and the UAE have significant volumes of idle production capacity, but even that is only enough to offset a portion of the supply gap created by sanctions on Russia.

“The situation is not very encouraging when it comes to the quantities that we can bring,” Al Mazrouei said.