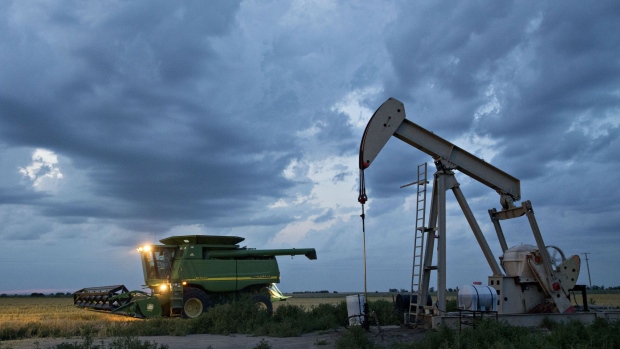 (Bloomberg) -- While crude prices may have softened in the last few weeks, there’s a strong case to be made for $100 oil starting next year, according to veteran industry analyst Paul Sankey.

“It’s easy to argue for $100 oil on an ongoing basis starting in 2023,” Sankey said in a Bloomberg Television interview, referring to the price of the global oil benchmark Brent. “I don’t think you’ll do much above $150 over time simply because the demand elasticity, the effect of the strong dollar, combined with that kind of oil price, will hold you below that level.”

Despite the very recent pullback, oil prices have surged this year as Russia’s invasion of Ukraine tightened supplies at a time when consumers emerging from the worst of the pandemic drove up demand. The US’s historic release of 1 million barrels a day of crude from the Strategic Petroleum Reserve has helped put a cap on recent gains. “If it weren’t for the SPR release, we would be a lot higher,” the founder of Sankey Research LLC said.

Rising costs of global exploration and the lack of refining capacity is an ongoing problem. More than 2 million barrels a day of refining capacity outside of the US has been shut since 2019, bolstering the export market for its products. US oil exports reached a record last month amid a widening gap between West Texas Intermediate and Brent oil futures.

“That is terrible energy security policy; there’s no question about that,” Sankey said. “It’s good market policy because they’re hammering the oil price.”

While Sankey refrained from calling a short-term price for oil, he did note that technical analysts are pointing at $80 a barrel. In the near-term, “I’m kind of bearish right now to be honest with you.”