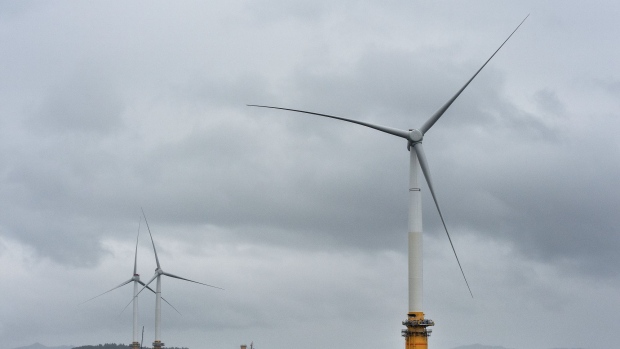 (Bloomberg) -- A group of oil and gas producers including Equinor ASA, Shell Plc and TotalEnergies SE are considering building what would be the world’s largest floating wind farm off Norway to power their fossil-fuel activities.

The companies are looking at options to build a 1-gigawatt wind farm to power operations in the Troll and Oseberg oil and gas fields, they said Friday. It’s an example of the complex road to cutting global carbon emissions, where deep-pocketed fossil-fuel firms with strong engineering expertise could play a key role in renewables growth even as they continue their polluting businesses.

Offshore wind farms are one of the fastest-growing sectors of renewable energy. But the vast majority of existing and planned projects are in shallow waters where turbines can be placed on foundations built up from the seabed. Developing floating technology could drastically expand the sea area suitable for generating wind power.

The technology has so far only been used on small pilot projects. Equinor pioneered the concept at a Scottish site and is building a bigger one in Norway. The new project being considered, named Trollvind, would be more than 11 times larger than the Norwegian one, pushing floating wind to a scale that will be needed for it to make a real contribution to global efforts to cut emissions.

Equinor and its partners, which also include Petoro AS and ConocoPhillips, would buy all of the electricity from the project to power their fossil-fuel activities in the North Sea. The wind farm would be connected to land so that it could also potentially feed homes and businesses.

The companies plan to make an investment decision next year and have the project operational by 2027.

Emissions from oil companies’ own operations and energy needs account for just a small fraction of their overall climate impact. For example, Equinor last year produced about 12.1 million tons of carbon dioxide from activities it owns and operates, but the total impact of its business exceeded 250 million tons.

Still, investment in projects like Trollvind are in important step in scaling up renewables technology to reach global green targets.