Oil rose after the regular trading session closed Tuesday when an industry group reported that weekly crude inventories and fuel inventories had decreased.

Futures in New York rose about 0.5 per cent after the industry-funded American Petroleum Institute reported crude stockpiles fell 5.44 million barrels a day, while gasoline and diesel combined decreased by a similar volume, according to people familiar with the matter. 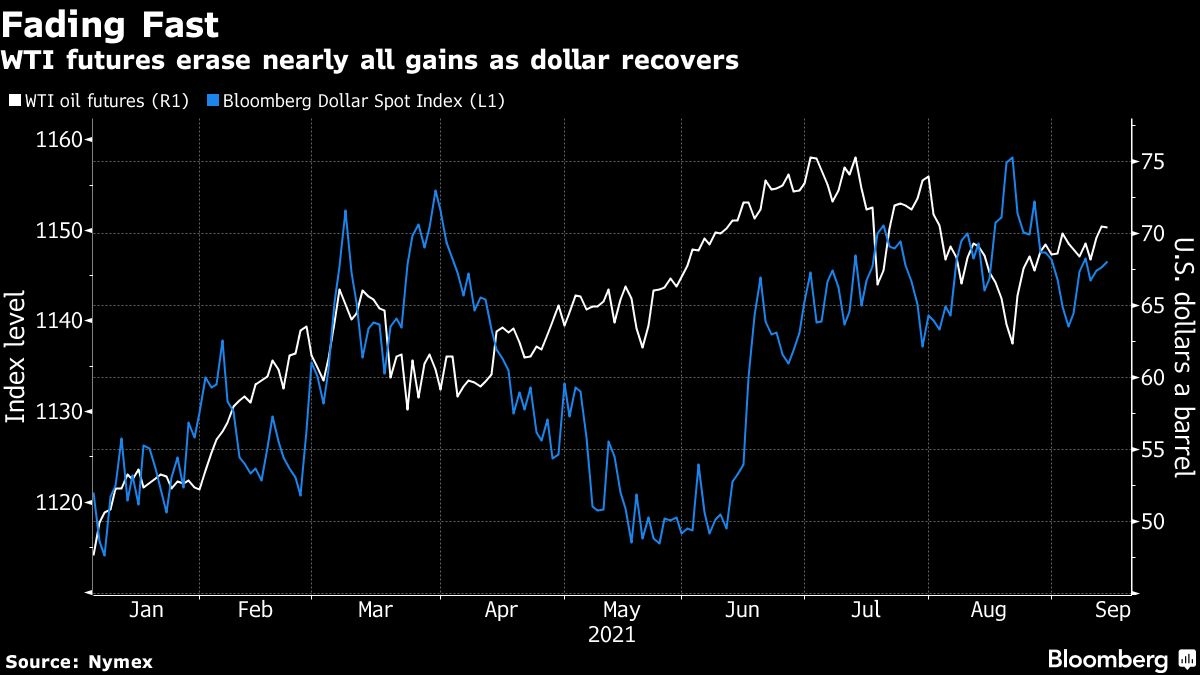 U.S. crude futures have traded near US$70 a barrel for most of this month. The International Energy Agency said on Tuesday that the world will have to wait until October for additional oil supplies as output losses from Hurricane Ida wipe out increases from OPEC+. Global oil demand has been falling since July as rising COVID-19 cases prompt mobility restrictions in Asia, according to the IEA.

Nicholas, which struck shore as a Category 1 hurricane and has since lost strength, had largely moved east from the Houston area by mid-morning local time, allowing refiners, chemical makers and other industrial concerns to assess the physical impacts of rain and wind.

The gasoline crack spread, a rough measure of the profit from refining crude into fuel, rallied about 3 per cent on the temporary outage of Colonial Pipeline, the largest fuel conduit in the nation. The company’s diesel pipeline is still shut.

Meanwhile, China said it will make the first sale of oil from its strategic reserves on Sept. 24 after announcing the historic move last week. The initial auction will be for about 7.38 million barrels of crude, the National Food and Strategic Reserves Administration said in a statement Tuesday.

There are also signs of a stronger physical market, with Chinese companies buying grades from Brazil and Russia at higher premiums than a month earlier. The purchases come amid speculation that authorities are about to allocate more import quotas.