Overplay of the demand destruction theme for oil is making it an attractive asset: David McAlvany

Oil rebounded from several days of declines after a bullish US stockpile report eased concerns that an economic slowdown is blunting demand.

West Texas Intermediate futures rose 1.8 per cent  to settle above US$88 a barrel after earlier falling to a seven-month low. Crude rallied after a US government tally Wednesday showed inventories dropped by 7.06 million last week while exports rose to a record. The bullish report halted a three-day slide magnified by negotiations to revive a nuclear deal with Iran showed progress and China’s worsening economic outlook. 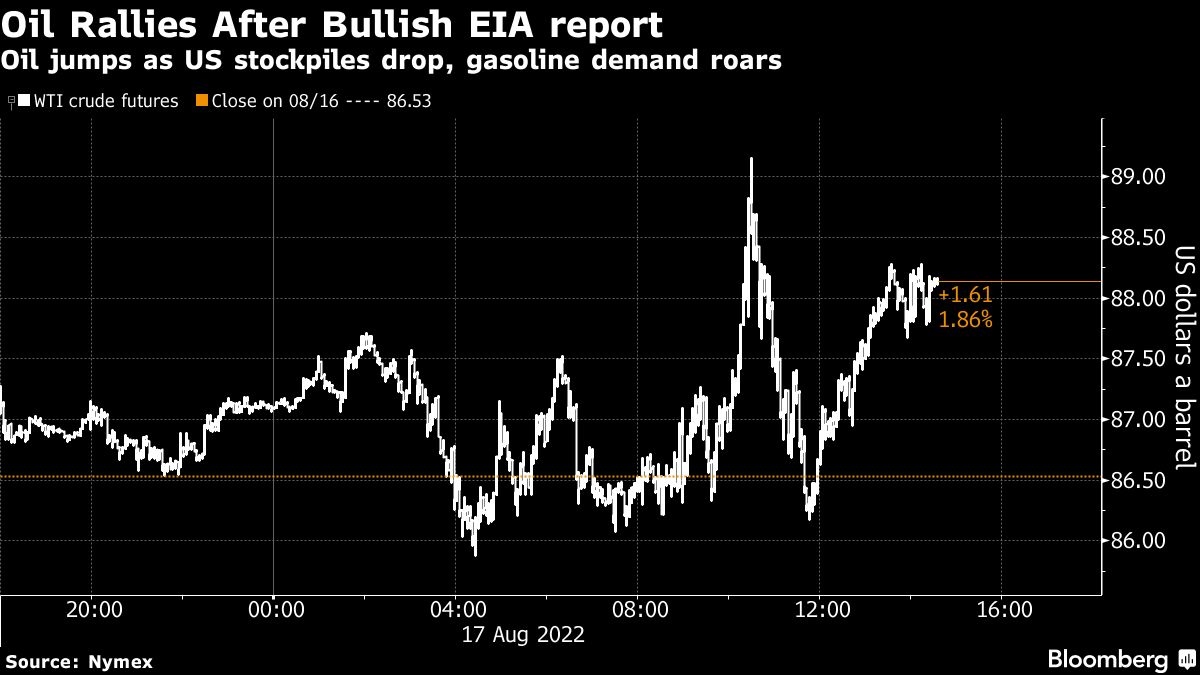 Crude has ticked lower over the past couple of months on concerns about an economic slowdown, shedding all the gains from a surge immediately following Russia’s invasion of Ukraine. Still, OPEC’s new Secretary-General Haitham Al Ghais told Bloomberg on Wednesday he was confident world oil demand will rise by almost 3 million barrels a day this year while spare production capacity was “becoming scarce.”

US gasoline demand climbed to the highest this year, based on a four-week figure, which some of the market interpreted as evidence that fears over demand erosion were overstated.

“Concerns over some of the weakness in the implied demand data over the past several weeks could be overblown,” said Noah Barrett, lead energy analyst at Janus Henderson.

The Biden administration is evaluating Iran’s response to a European Union proposal aimed at reviving the 2015 international nuclear agreement, with officials on both sides of the Atlantic signaling the possibility that a deal could emerge after more than a year of false starts. However, Goldman Sachs Group Inc. said an accord was still unlikely in the short term.

Additional crude supplies from Iran would pressure a futures curve that already has narrowed significantly. Brent’s prompt spread earlier dropped to 52 cents in backwardation, compared with US$2.08 at the start of the month.