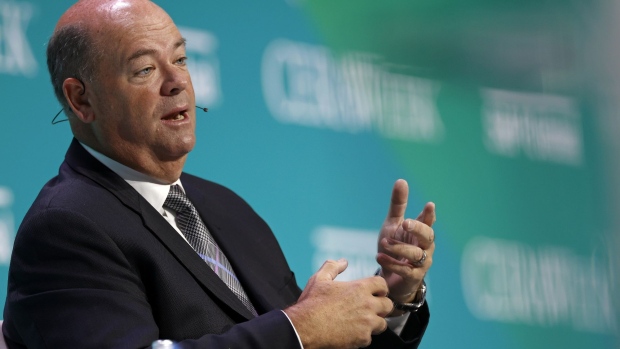 (Bloomberg) -- Oil prices are so high that demand for crude-derived products such as gasoline soon may start to shrink, ConocoPhillips Chief Executive Officer Ryan Lance said.

“We are getting to the kind of prices today that are encroaching upon the area of demand destruction,” Lance said in an interview with Bloomberg Television on Tuesday.

Since Russia’s invasion of Ukraine threw global markets into disarray, benchmark U.S. crude prices have jumped more than 30%, touching a 14-year high of $130.50 a barrel on Monday. Motorists in the world’s biggest economy are paying record prices for gasoline, and truckers are feeling the pinch of soaring diesel costs.

“This the level where consumers start to push back,” Lance said during an interview on the sidelines of the CERAWeek by S&P Global energy conference in Houston. “People start conserving energy and changing their behavior.”

Lance’s remarks came shortly after U.S. President Joe Biden declared a ban on importing Russian oil, fuel and coal in retaliation for the war on Ukraine.

Biden also warned energy companies not to engage in price gouging or to “exploit” consumers. The president’s admonishment amounts to a “talking point that’s not very helpful,” Lance said.

“They just don’t understand the complexity of the business,” he said. “We sell into the market. We’re market takers,” and don’t set the price of oil or fuel he said.