Futures in New York rose 1.3 per cent to a fresh seven-year high, after earlier falling as much as 1.2 per cent on Wednesday. Domestic crude inventories fell 431,000 barrels last week, according to an Energy Information Administration report. The industry-funded American Petroleum Institute reported a 3.29 million-barrel weekly gain on Tuesday.

“This is just a sign of an economic recovery that continues and the essential nature of crude oil-related products and the role they play in this recovery,” said Rob Thummel, a portfolio manager at Tortoise, a firm that manages roughly US$8 billion in energy-related assets. “The concerns about demand destruction really aren’t evident.” 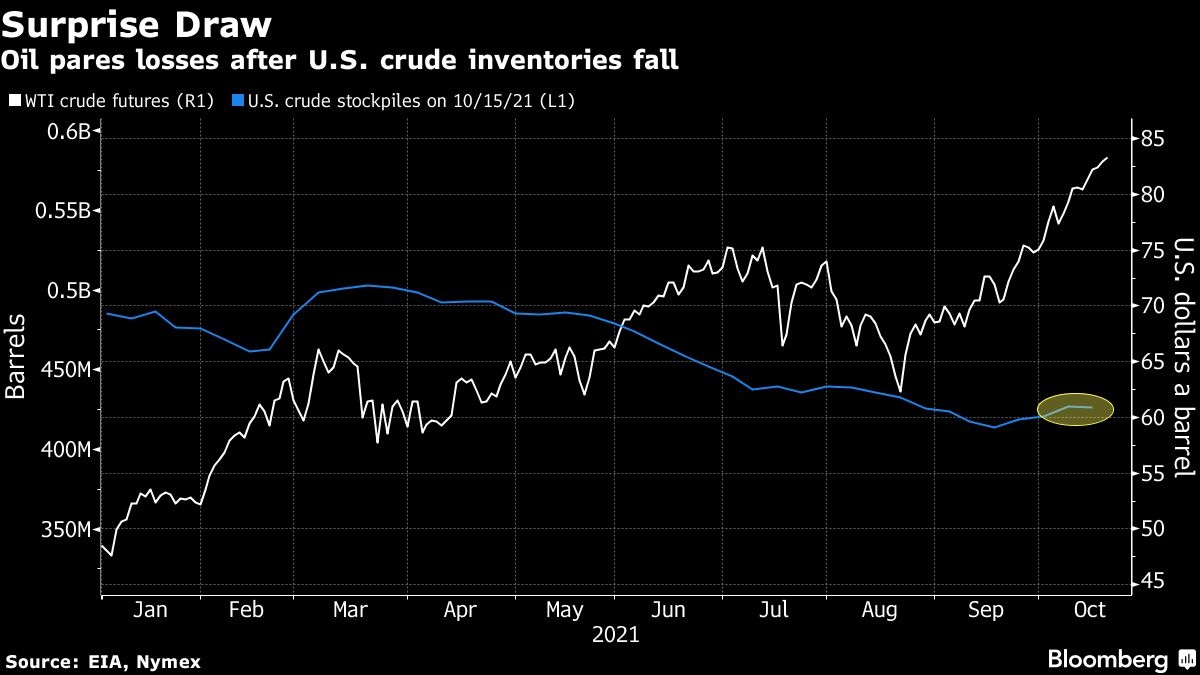 Oil has rallied as an energy crunch -- prompted by coal and natural gas shortages -- coincided with rebounding demand from economies recovering from the pandemic. Wall Street has been steadily upping its estimates for oil prices in recent weeks.  BNP Paribas was the latest bank to do so, raising its forecast by US$8 a barrel to US$80.50 a barrel.

The U.S. report also showed strong draws from refined-product inventories with distillate and gasoline demand rising despite higher consumer prices. Gasoline inventories fell 5.37 million barrels to the lowest since November 2019. Measured by the four-week average, gasoline demand is at the highest since 2007 for this time of year.

Elsewhere, China is studying ways to intervene in the coal market to reign in rising prices that are threatening energy security and economic growth. The nation’s energy watchdog hosted a Tuesday meeting with refiners after oil prices soared.