Oil backtracked as investors returned their focus to China’s decision to open its strategic crude reserves, signaling it would not shy away from intervening in markets to lower domestic prices.

Futures gyrated in a US$2.33-a-barrel range in New York on Thursday before resuming its decline. China, the world’s largest oil importer, announced it released oil from its strategic reserves in an effort to alleviate pressure from rising raw material prices. Prices had briefly risen after a U.S. government report showed crude stockpiles fell as production tumbled the most on record last week due to disruptions by Ida.

“Additional supply coming from the Chinese SPR -reducing the need to import more oil in the near term- has weighed on prices,” said Giovanni Staunovo, commodity analyst at UBS Group. 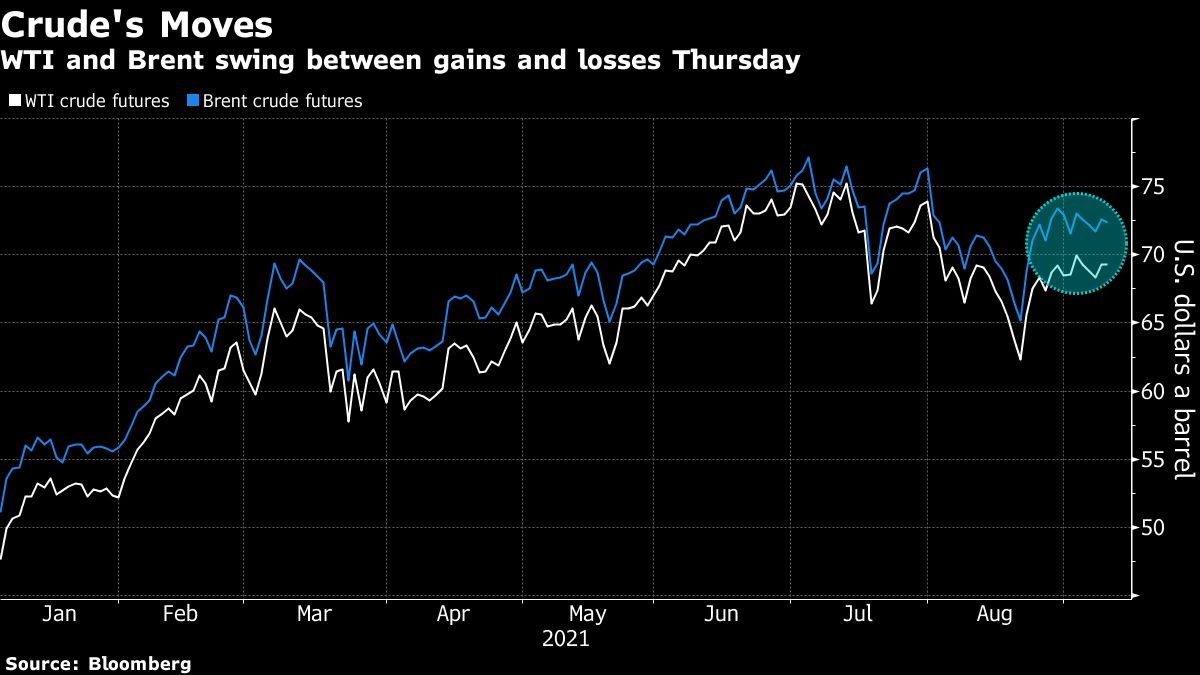 U.S. benchmark crude futures have fluctuated in recent days, trading near US$69 a barrel, amid domestic supply disruptions and uncertainty related to the pandemic’s continuing risks to the global economic recovery.

As of Wednesday, just over 20 per cent of U.S. Gulf of Mexico oil output was back online after Hurricane Ida hit Louisiana, marking a slower comeback than in the wake of Katrina in 2005. The ripple effects in the market were apparent in the EIA report. Gasoline stockpiles fell by more than 7 million barrels last week, while crude production slid by 1.5 million barrels a day. Crude inventories dropped 1.53 million barrels.

Physical markets have reacted to the Gulf of Mexico outages with a surge in the value of grades from U.S. Mars Blend to Russia’s Urals. Royal Dutch Shell Plc declared force majeure on “numerous contracts” following hurricane-related disruptions, the company said. One of those contracts included a 2-million-barrel cargo of Mars crude sold to China, according to people with knowledge of the matter.

China’s move to release oil from its strategic reserves, its most dramatic intervention yet in the oil market, primarily targets domestic refining and chemical integration firms. It follows similar action the government has already taken in several other commodities markets and adds pressure to oil prices.

In a late statement on Thursday, the National Food and Strategic Reserves Administration said the country had tapped its giant oil reserves to “to ease the pressure of rising raw material prices.”