Oil will fall dramatically in the short-term but it could reach $90 by the end of 2022: Wells Fargo's Wren

Powell’s comments during a Senate Banking Committee hearing in Washington moved financial markets Tuesday as investors bet that a looming end to the taper could lead to an increase in interest rates. While tighter monetary policy can be a sign of economic strength, it’s typically bearish for commodities. West Texas Intermediate crude futures briefly dropped below US$65 a barrel for the first time since August during the session, while the global benchmark Brent also tumbled.

“That ties back to crude oil because if you start to pump the brakes on economic growth, you start to see impact on demand,” said Rebecca Babin, senior energy trader at CIBC Private Wealth Management.

The oil market is also continuing to weigh the impact of the omicron variant of the COVID-19 virus on demand and what OPEC+ may decide to do in response when the producer group meets later this week. New travel restrictions threaten the rebound in global crude consumption that has underpinned this year’s price rally. 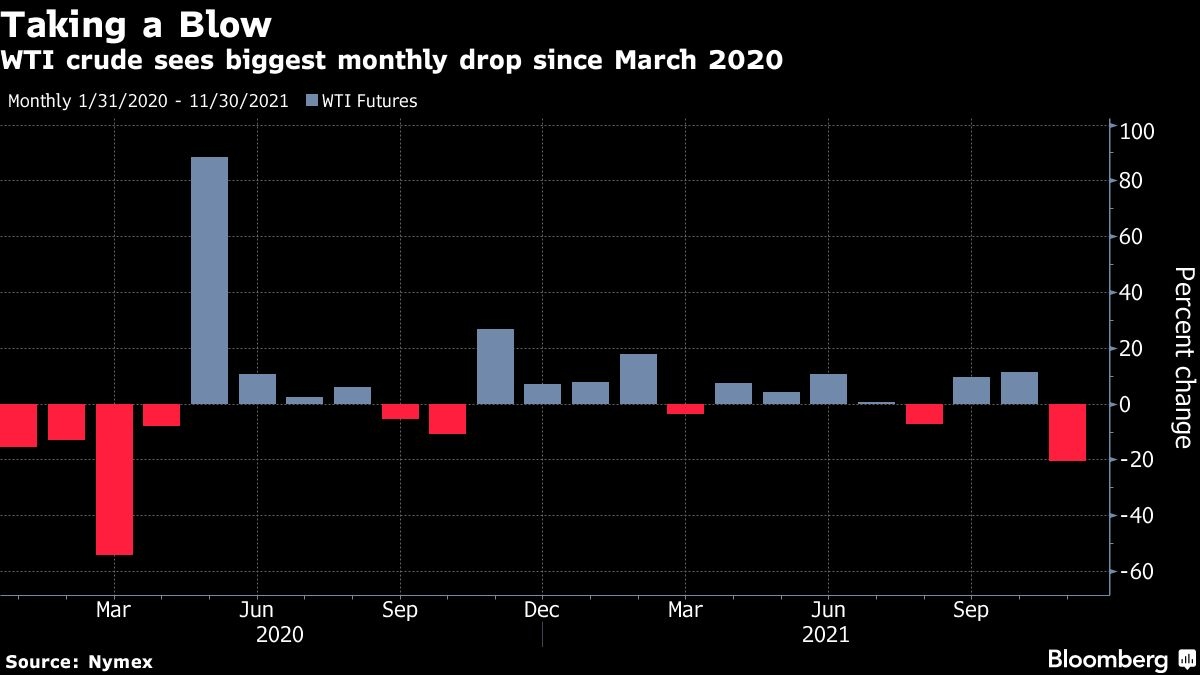 The arrival of the omicron variant and the ensuing oil price sell-off has increased the odds that the Organization of Petroleum Exporting Countries and its allies will opt to pause the planned monthly production increases when they meet, according to RBC Capital Markets.

Oil traders are also tracking talks this week aimed at reviving Iran’s 2015 nuclear deal with world powers. Success at the negotiations in Vienna could lift sanctions on Iran’s economy, leading to a resumption in official oil flows. The exchanges began positively on Monday, according to a top European diplomat.

Macro-economic data from Asia pointed to improvements in leading economies, a positive signal for energy demand. In China, the manufacturing purchasing managers index returned to expansion, while factory output in Japan edged up.