Oil posted a monthly gain of 11 per cent on signs that consumption is outpacing supply and draining stockpiles.

Futures in New York rose 0.9 per cent on Friday. Oil’s advance this month shows the impact of an ongoing shortage of natural gas, which has boosted demand for oil products. At the same time, rising margins signal that crude consumption will remain strong as refiners continue to process more to meet demand. That could mean that global oil stockpiles will continue to fall in the coming months.

Meanwhile, traders continue to assess the possibility that the Organization of Petroleum Exporting Countries and its allies will increase output further. The group will meet Nov. 4 to review their plans to gradually restore some more of the production they halted during the pandemic.

“The oil market deficit might be smaller than traders initially thought, but it will not go away anytime soon,” said Ed Moya, senior market analyst at Oanda Corp. “Crude prices could resume their bullish stance if OPEC+ stays the course with their gradual output increase plan.” 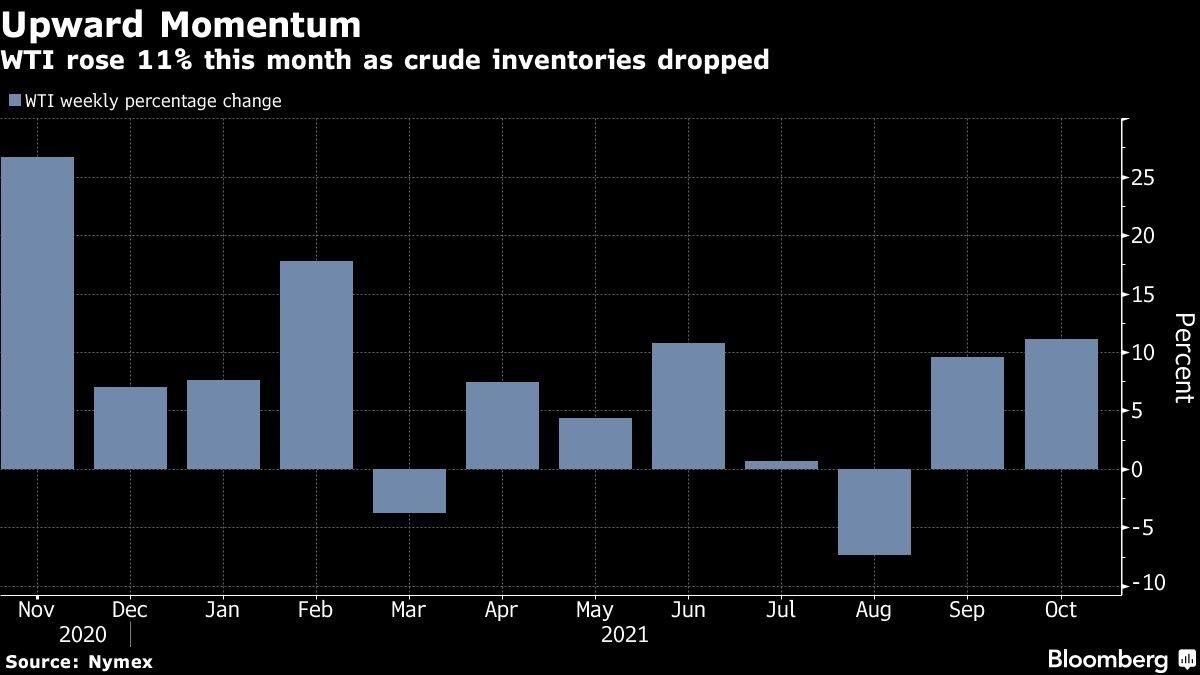 Oil has been one of the standout performers among commodities as a gas-centered energy crunch has buoyed demand for petroleum products. Thus far, OPEC+ has argued that cautious monthly supply increases of 400,000 barrels a day are appropriate as risks remain. Meanwhile, natural gas prices have tumbled after President Vladamir Putin signaled on Thursday that Russia will send extra gas to Europe next month.

With commuting and air travel picking up, there’s “strong demand across our products with more recovery expected” during the current quarter, Chevron Chief Financial Officer Pierre Breber said in an interview.

Meanwhile, China is canvassing its oil refiners for solutions to its energy crisis, according to people familiar with the discussions. Among the questions asked were whether processors have the ability to ramp up their fuel production.

Recent weeks have also seen an uptick in producer hedging flows. Malysia’s Petronas is said to have carried out a hedging program this year, while Hess Corp also said that it has been active this month.