Oil closed above US$70 a barrel for the first time in nearly six weeks as another heavy storm heads to the U.S. Gulf of Mexico, while producers are still reeling from Hurricane Ida.

Futures in New York settled 1.1 per cent higher. Tropical Storm Nicholas, which may reach hurricane strength before it makes landfall, is expected to bring flooding rains to Houston, as well as parts of Louisiana still recovering from Hurricane Ida two weeks ago. About 44 per cent of oil supply is down in the Gulf and the volume of shut-in output may start growing once again. Shell has already began removing some staff from one of its platforms to prepare for the storm. Refineries and terminals Texas could also see some curtailments, given the storm’s coastal track.

“The threat of more disruptions from extreme weather is also a cause of concern for producers and a reason for traders to add price premiums, as the new Tropical Storm Nicholas in the Gulf of Mexico could turn into a hurricane and hit Texas in coming days,” said Nishant Bhushan, an oil markets analyst for industry consultant Rystad Energy. 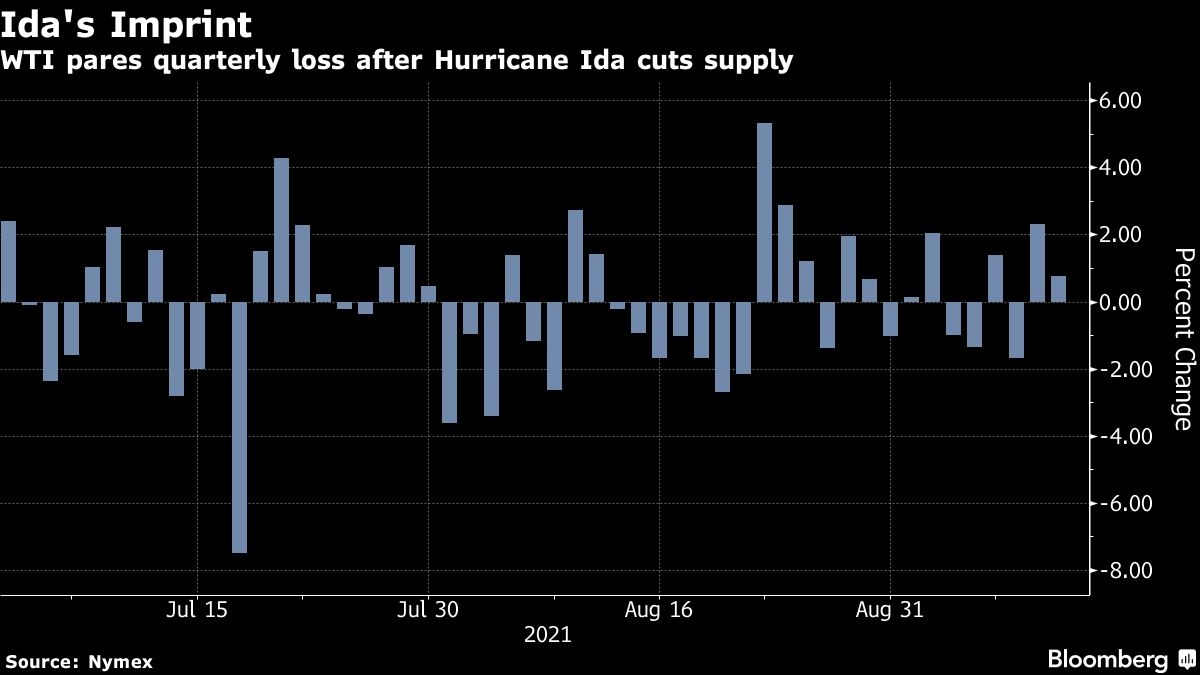 With crude prices steadily climbing higher this month, major Wall Street banks are assessing the crude market. Goldman Sachs Group Inc. said oil will likely lead a rally in commodities next quarter amid strong demand and “growing scarcity” of supply. Bank of America Corp. said a colder-than-expected winter could push prices up toward US$100 at some point early next year.

Meanwhile, OPEC on Monday forecast stronger demand for its crude this year and next amid rising global fuel use and output disruptions from the North Sea to the U.S. The group’s monthly report indicated that the world will continue to face a supply deficit in coming months even as OPEC nations revive idle production.

“The broader global oil-demand picture is showing signs of normalizing,” said Stephen Brennock, an analyst at brokerage PVM Oil Associates. “As OPEC+ is firmly in control of supply, and maintaining its cautious stance, the crude market should continue to tighten further in the year-end period.”

Traders are also awaiting additional import quotas for China’s private refiners, which could spur renewed purchases in the physical market in the coming weeks. One company was granted permission to import a set volume of crude last week, and quotas for other refiners are expected imminently.