U.S. crude futures rose 1.1 per cent on Tuesday, holding at the highest since 2014. The industry-funded American Petroleum Institute’s inventory tally due later Tuesday will be closely watched after drawdowns at Cushing in recent weeks have led to huge moves in timespreads as traders pay premiums for more immediate supply. Supply and demand balances at the hub drive daily oil trading worth hundreds of millions of dollars.

Refiners “are drawing down on Cushing at a pretty incredible pace right now,” said Flynn. “We’re getting close to empty.” 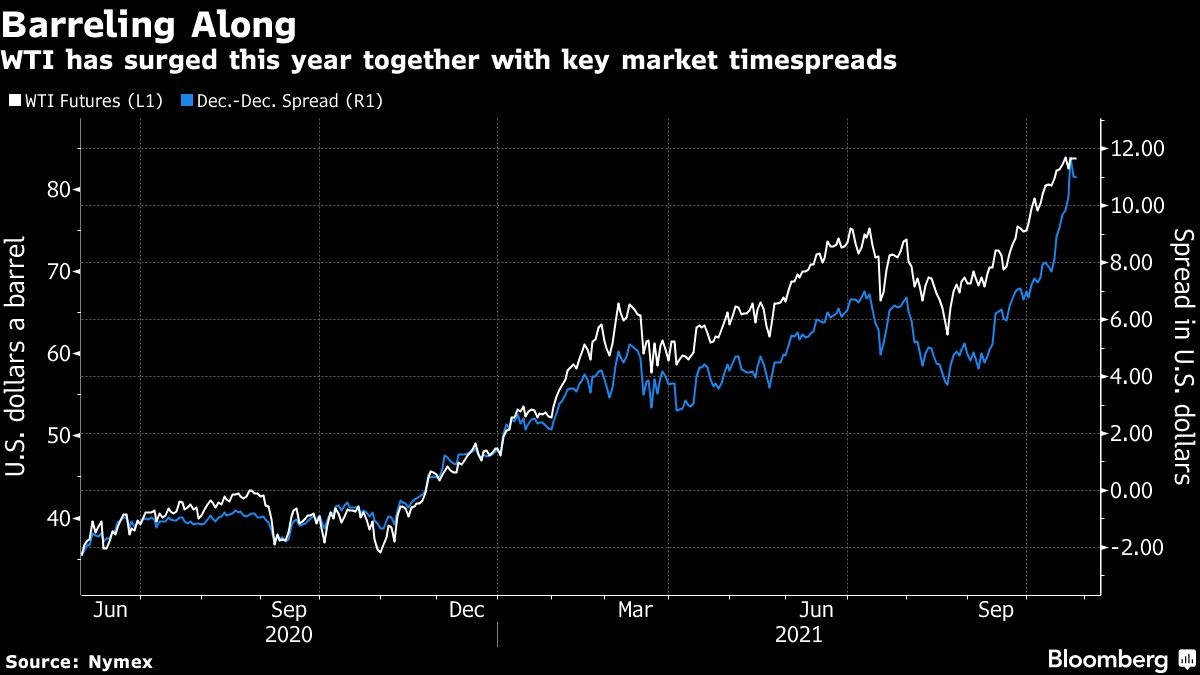 Crude futures have surged in recent months with a shortage of natural gas and coal boosting demand for oil products. Larry Fink, chairman and chief executive officer of BlackRock Inc., even said there’s a high probability that crude could hit US$100 a barrel. The global benchmark Brent is approaching its 2018 high of US$86.74 a barrel.

The Organization of Petroleum Exporting Countries and its allies are due to gather next week to assess output policy. Nigeria joined fellow OPEC+ member Saudi Arabia this week in saying the group must resist pressure to raise oil production faster until the coronavirus pandemic abates.

The crude market’s pricing structure remains deeply backwardated, a bullish pattern in which near-term prices are more costly than those further out. Brent’s prompt spread -- the difference between its nearest two contracts -- is at 75 cents a barrel after rallying to as high as 97 cents on Monday. The global benchmark crude is nearing its 2018-high of US$86.74 a barrel.

Traders also are keeping tabs on talks that eventually may help revive an Iranian nuclear accord, allowing a pickup in crude exports. Discussions between Tehran and the European Union are due to be held in Brussels on Wednesday, part of a drawn-out effort to clear the way for a wider diplomatic push.