Oil rose, ending its longest string of declines amid strengthening signals that OPEC and allied producers are considering production cuts as soon as next year.

Futures in New York climbed 1 per cent on Wednesday, breaking a 12-day slump. OPEC and its partners are said to be discussing a deeper-than-anticipated output cut. Meanwhile, cartel President Suhail Al Mazrouei said Wednesday that supplies will be curtailed as needed to balance the market.

“A lot of folks threw in the towel and got as bearish as can be so now it was ripe for us to at least attempt to move back higher,” said John Kilduff, a partner at New York-based hedge fund Again Capital LLC. Signals of impending supply cuts “helped stock the bullish spirits back in here for the first time in a while.”

Crude in the U.S. dipped below US$55 a barrel this week for the first time in a year amid renewed fears of a glut, with domestic production at record-highs, rising OPEC output and waivers intended to ease the impact of sanctions against Iran. Inventories in industrialized nations have expanded for four straight months and are set to continue rising, according to the International Energy Agency. 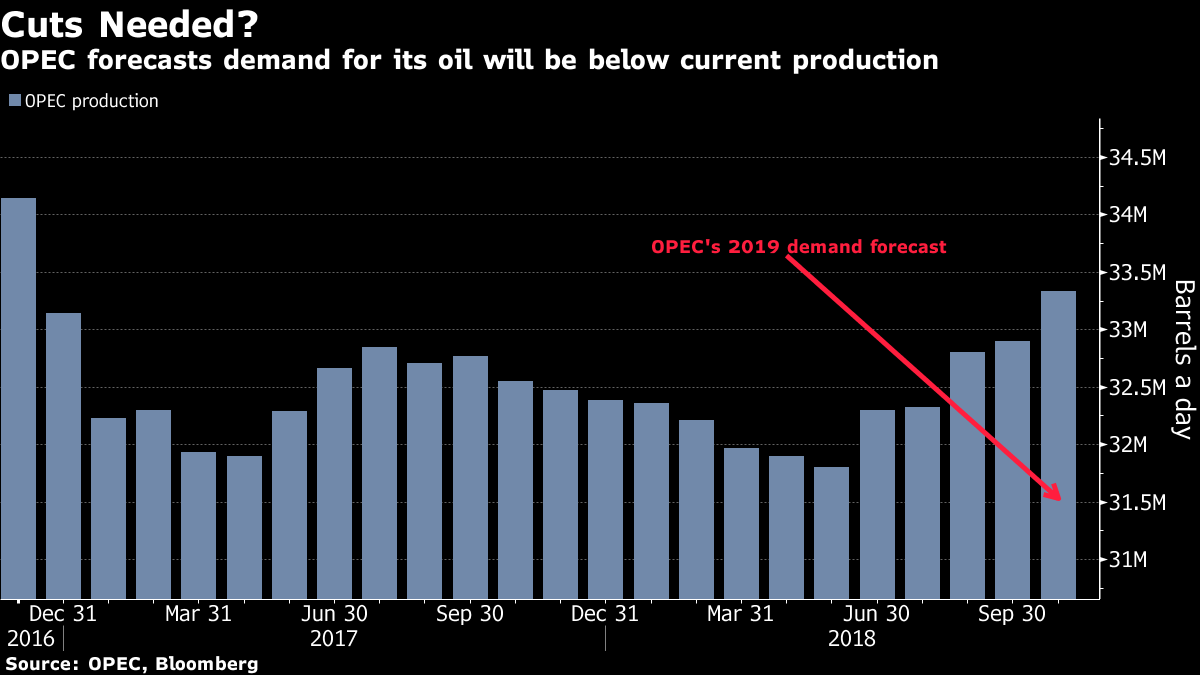 West Texas Intermediate for December delivery rose 56 cents to close at US$56.25 a barrel on the New York Mercantile Exchange. The contract sank 7.1 per cent on Tuesday, the biggest one-day decline in more than three years. Total volume traded was about 58 per cent above 100-day average.

Brent for January settlement gained 65 cents to settle at US$66.12 on the London-based ICE Futures Europe exchange. The global benchmark crude traded at a US$9.68 premium to WTI for the same month.

Producers need to cut about 1 million barrels a day from October production levels, Saudi Energy Minister Khalid Al-Falih said in Abu Dhabi on Monday. The kingdom will reduce shipments by about half that amount next month.

Prices pulled back after rising as much as 3 per cent earlier. U.S. crude inventories probably rose 3.2 million barrels last week, according to the median estimate of analysts in a Bloomberg survey ahead of government data scheduled for release on Thursday. The industry-funded American Petroleum Institute will publish its weekly tally later Wednesday.

"Most analysts are predicting a build in crude," said Thomas Finlon, director at Energy Analytics Group Ltd. "With a build, I think it’s reasonable that at least this afternoon the market came off a little bit."

Other oil-market news: Gasoline futures added 1.2 per cent to close at US$1.5606 a gallon.  The United States Oil Fund saw more than  US$1 billion change hands in the midst of an oil market selloff on Tuesday, the most money traded in a single day in almost two years. OPEC Secretary-General  Mohammad Barkindo said Wednesday that OPEC and its partners are  committed to sustaining “this balance that we fought very hard in the last two years to restore.” 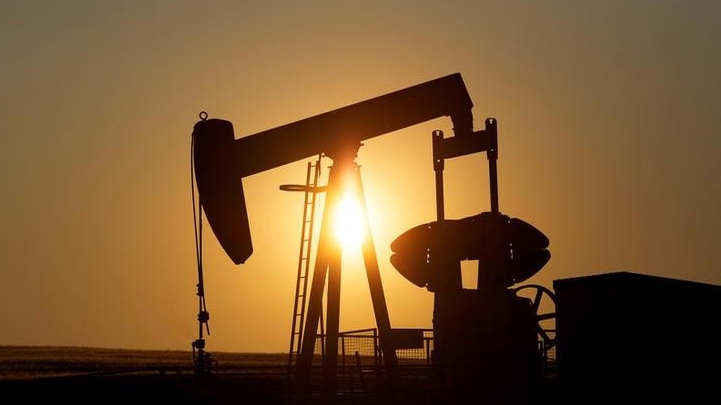