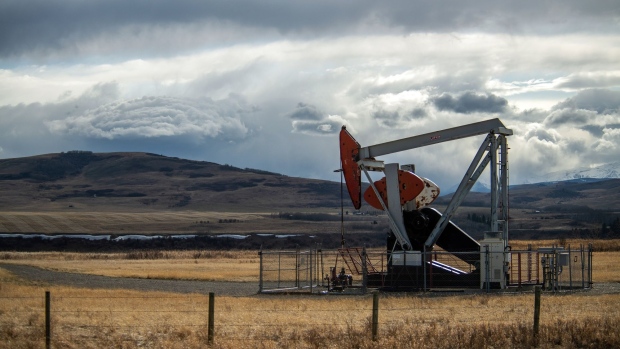 An oil pumpjack near Longview, Alberta, Canada, on Tuesday, April 26, 2022. Prime Minister Justin Trudeau’s government wants a 42% reduction in emissions from the oil and gas sector as part of Canada’s plan to meet its 2030 emissions-reduction goal. , Bloomberg

(Bloomberg) -- The Canadian oil industry’s C$12 billion (US$9.1 billion) plan to store carbon emissions underground probably will strain Alberta’s labor force, according to the president of the group organizing the effort.

The bulk of the construction work will happen between 2025 and 2030, Kendall Dilling, president of the Pathways Alliance, said during an interview Monday. With the effort expected to require tens of thousands of workers, oil-sands companies are looking to stagger projects to make the workforce challenge more manageable.

In addition to the initial capital outlays, roughly another C$12 billion will be needed to operate the equipment over its lifespan, Dilling said. A further C$12 billion could be invested in coming years on emission-cutting initiatives such as reducing use of solvents, he added.