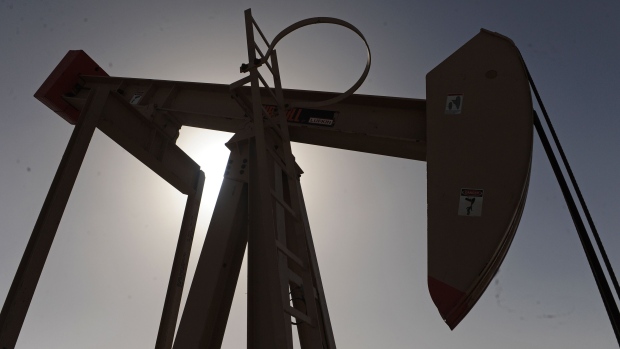 Oil rose to $100 a barrel in New York for the first time since May as the Federal Reserve pledged further economic stimulus, while unrest in the Middle East and North Africa fanned concern that supplies will be threatened. , Michael Hytha

(Bloomberg) -- Shares of oil services firm ProFrac Holding Corp. gained only 11 cents in their trading debut after its $288 million initial public offering showed the continuing weakness of the US market.

The Willow Park, Texas-based company, like contact lens maker Bausch + Lomb Corp. last week, had marketed its shares for $21 to $24. Bausch + Lomb, whose shares also sold for $18 in its IPO, has since fallen 1.6%. Together, the lackluster offerings cast a shadow over hopes for a rebound after the slowest start for US listings since 2016.

This year, 53 companies have raised $4.73 billion on US exchanges, compared with $72 billion in 207 listings at this point in 2021, not including blank-check firms, according to data compiled by Bloomberg.

The market for oilfield services in North America is growing hotter as Russia’s war in Ukraine tightens global crude supplies.

Dan Wilks and Farris Wilks, the brothers who founded ProFrac in 2016, now control about 85% of the voting power in the company, according to filings with the US Securities and Exchange Commission.

The company, also with locations in Oklahoma and Pennsylvania, provides pumps and other services for hydraulic fracturing with a focus on low-emission gear, including some with electric motors.

Its  offering was led by JPMorgan Chase & Co., Piper Sandler and Morgan Stanley. The company’s shares are trading on the Nasdaq Global Select Market under the symbol PFHC.

The listing is the fourth-biggest in the US this year and its first day of trading could help set expectations for dozens of businesses seeking to go public.

Bausch + Lomb was the first of two businesses being spun out by Bausch Health Cos. to help pay off tens of billions of dollars in debt. Bausch Health is also planning to spin off its Solta Medical skin-care unit.

Excluding blank-check firms, Bausch + Lomb’s offering is topped in the US this year only by private equity firm TPG Inc., whose shares have fallen 6.2% since its $1.1 billion listing in January.

New filings for IPOs have started to trickle in. On Wednesday, Instacart Inc., the largest online grocery delivery platform in the US, said it confidentially submitted its IPO registration to the SEC. Steinway Musical Instruments Holdings Inc., the storied grand piano maker, filed its listing document last month.

Others, such as yogurt maker Chobani Inc. and social media platform Reddit Inc., have been waiting to move ahead with their IPO plans.