Crude gave up a short-lived rally with both benchmarks falling to near nine-month lows as the dollar traded at an all-time high, which makes commodities priced in the currency less attractive. Brent settled below US$85 a barrel and West Texas Intermediate remains under US$80.

“Crude prices are still riding the FX-volatility roller coaster,” said Ed Moya, senior market analyst at Oanda. “Historic moves with currencies is troubling for the global growth outlook and that will ultimately weigh on the crude demand outlook.” 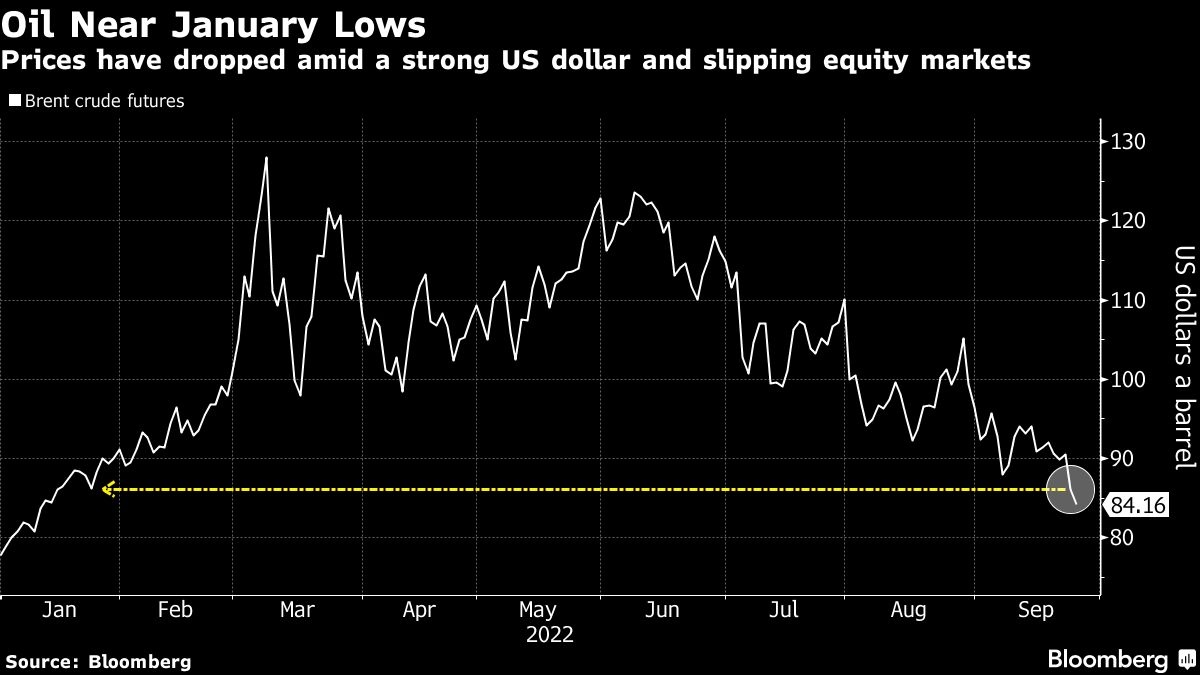 Meanwhile, the EU continues to struggle with reaching an agreement on Russian oil price caps and will likely push back the deal until a broader sanctions package has been agreed on.

Oil is on track for a substantial quarterly slump as leading central banks including the US Federal Reserve raise interest rates aggressively to fight inflation, hurting the outlook for energy demand and sapping investors’ appetite for risk. The Fed’s tightening helped drive up the US dollar.

The slump in prices may induce the Organization of Petroleum Exporting Countries and its allies to consider intervening to stem the slide, either verbally or by announcing a reduction in output. Earlier this month, OPEC+ announced a token supply cut and said members would monitor the market.

The market is also keeping an eye on a hurricane in the Gulf of Mexico that is headed for the west coast of Florida. Chevron and BP have both shut platforms southeast of New Orleans and evacuated personnel. The current track, headed for Tampa, leaves most of the Gulf’s energy complex unscathed.