Gasoline prices will hover around recent levels in the near-term: Roger McKnight

Oil headed for a back-to-back weekly retreat on plans for massive stockpile releases, a demand-sapping virus outbreak in top importer China and a hawkish turn from the U.S. Federal Reserve.

West Texas Intermediate climbed less than 1 per cent to hover around US$97 while still heading for a decline of about 2.3 per cent this week. The selloff comes after the U.S. and its allies announced plans to unleash a massive wave of oil from strategic reserves to ease surging fuel costs. The U.S. central bank outlined plans to trim its balance sheet sending the dollar higher, making commodities priced in the currency less attractive.

The recent drop means the U.S. benchmark has now lost most of its gains seen since Russia invaded Ukraine in late February. Oil rallied to the highest level since 2008 after the conflict started, prompting the U.S. and U.K. to ban Russian oil imports and adding pressure to global buyers to shun the country’s energy exports. 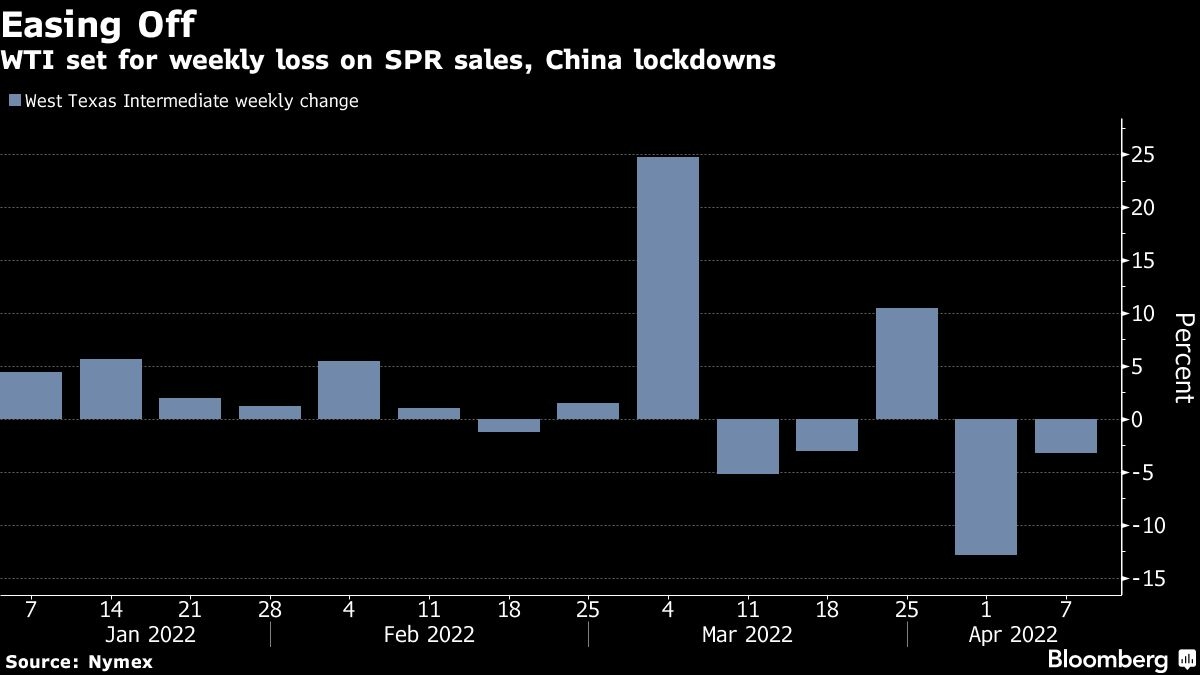 Crude prices were also hampered after China ordered a series of lockdowns in key urban centers, including Shanghai, to quell a coronavirus outbreak. At the same time, plans by the Fed for an aggressive tightening of U.S. monetary policy to combat inflation have blunted demand for risk assets and boosted the dollar.

The move to sell almost a quarter-of-a-billion barrels from strategic petroleum reserves prompted a collapse in once-elevated time spreads.

While many Western companies are shunning Russian oil following the invasion, there are plenty of willing takers in Asia, especially in China and India. Cargoes of Russian Sokol crude from the Far East have sold out for next month.