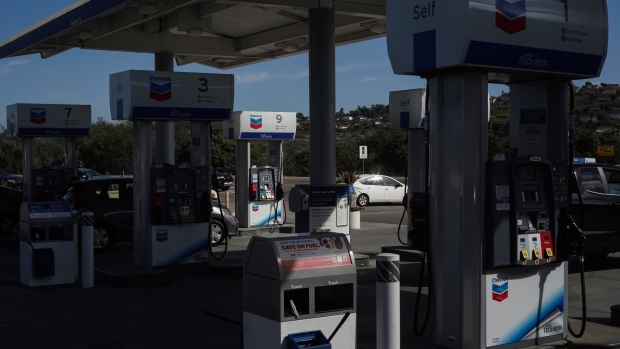 Drivers refuel their vehicles at a Chevron gas station in San Diego, California, U.S., on Thursday, Oct. 21, 2021. American drivers will continue to face historically high fuel prices as gasoline demand surged to the highest in more than a decade. Photographer: Bing Guan/Bloomberg , Bloomberg

Oil prices have dropped after Iran said talks with world powers to revive a 2015 nuclear deal would resume before the end of next month.

Deputy Foreign Minister Ali Bagheri Kani, who is leading negotiations for Iran, said a date will be announced next week. His comments on Wednesday came after he met the European Union’s deputy envoy for foreign affairs, Enrique Mora, in Brussels.

U.S. officials said they would discuss Iran with European allies at the G20 meeting in Rome this weekend. Washington is committed to a “diplomatic path forward,” said White House Spokeswoman Jen Psaki.

Some oil traders were surprised that the talks, stalled since June, could restart as early as November. While the negotiations may drag on for months, analysts expect Iran to be able to increase crude production rapidly if there’s a deal and the U.S. lifts sanctions on its exports.

Brent crude fell 1.7% to around $83 a barrel early on Thursday, taking its two-day slump to almost 4%.

Investors have turned more bearish since the Iranian announcement on Wednesday, and due to data showing that U.S. crude stockpiles expanded last week.

Oil traders hadn’t expected the nuclear talks to resume as soon as next month, according to Warren Patterson, head of commodities strategy at ING Groep NV in Singapore. The bank estimates that Iran can increase daily oil production to an average of 3.2 million barrels over the first half of 2022. That would be up from around 2-2.5 million barrels a day now.