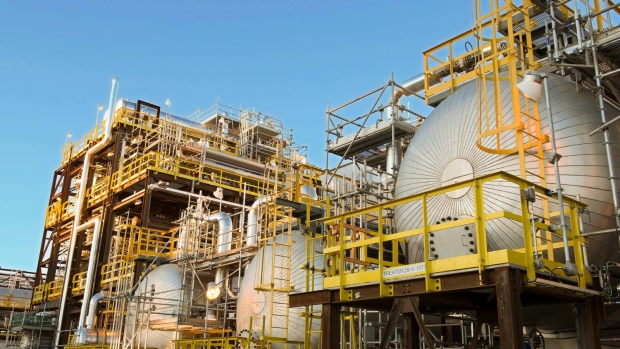 Oil was little changed after Saudi Arabia vowed that OPEC and its partners will do what’s necessary to balance the market.

Futures in New York held near US$41 a barrel after Saudi Oil Minister Prince Abdulaziz Bin Salman called on the OPEC+ alliance to be proactive in the face of uncertain demand. Yet a draft statement from the meeting made no mention of any changes to the current deal, which calls for production cuts to be eased from January. The market is also looking out for any signs that a stimulus deal can still be agreed in Washington ahead of the election while a resurgence in the pandemic threatens any recovery.

“The continued price malaise has gotten their attention,” John Kilduff, a partner at Again Capital LLC, said in reference to the OPEC meeting. The return of Libyan output is another factor to consider, he added. “They’ve got their hands full, and they’re trying to figure out a way to talk this market up higher.”

Oil ministers met against a backdrop of uneven oil demand. For months now, the recovery in consumption has been driven largely by China, whose economic expansion showed signs of broadening in September. Yet, other countries are still clawing their way out of the slump, with fresh outbreaks of COVID-19 in Europe and the U.S. weighing on energy use.

While no supply decisions are expected until the conclusion of a two-day gathering on Dec. 1, Saudi Arabia and Russia have stepped up diplomacy in recent days. In the meantime, Treasury Secretary Steven Mnuchin and House Speaker Nancy Pelosi will resume their calls to discuss a fiscal-stimulus deal on Monday afternoon.

If market uncertainty persists through next month, OPEC+ will probably decide to bring back less supply than the planned 1.9 million barrels a day in January, Citigroup Inc. analyst Ed Morse wrote in a report. Meanwhile, Morningstar’s Sandy Fielden said that the global and U.S. crude benchmarks may slip back to the US$30 a barrel range if the economic recovery remains slow and producers don’t cut output.

“The market is starting to price in that OPEC+ will delay the planned tapering of their curtailment deal,” TD Securities commodity strategists including Bart Melek said in a note. “A failure to do so could endanger a fragile rebalancing amid a second wave.”

Still, a pickup in U.S. airline traffic is providing some hope for distillate stockpiles, which despite consecutive drawdowns remain at their highest seasonal level since 2010. Over the weekend, U.S. air passengers exceeded 1 million for the first time since March, though the industry is still reeling from the pandemic-driven travel slump.

Crude’s structure points toward underlying firmness in the market, with the spread between Brent’s nearest contracts continuing to narrow. WTI’s prompt spread also strengthened on Monday, rallying to as narrow as 21 cents in contango -- its smallest contango structure in roughly a month on an intraday basis.