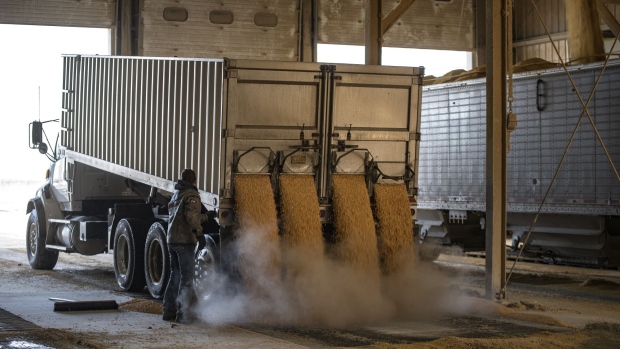 Donald Trump speaks during an event at an ethanol facility in Council Bluffs, Iowa in 2019. Photographer: Daniel Acker/Bloomberg , Bloomberg

(Bloomberg) -- The oil industry and its Capitol Hill allies are pressing the Trump administration to defend its decision to exempt oil refineries from requirements they blend biofuels into gasoline and diesel.

The administration has until the end of next Monday to request the full 10th Circuit U.S. Court of Appeals rehear a decision that threatens to curtail the use of waivers.

Republican senators from states with large oil-refining interests, including Ted Cruz of Texas, John Barrasso of Wyoming and James Inhofe of Oklahoma have made entreaties to the White House or the Environmental Protection Agency in recent days, warning that if the decision is applied nationwide, it could strain refineries, hike gasoline prices and jeopardize jobs. The senators’ efforts were described by three people familiar with the matter who asked not to be named detailing private conversations.

At issue are requirements to use renewable fuels, such as corn-based ethanol and soy-based biodiesel. Although federal law authorizes the EPA to exempt small refineries facing an “economic hardship,” a January ruling by a three-judge panel of the 10th Circuit Court of Appeals throws into doubt the agency’s ability to broadly issue those waivers.

If the decision stands, it is believed only two small refineries would still be eligible for hardship relief, according to a letter 13 Republican senators, led by Barrasso, sent to President Donald Trump on Feb. 27.

The EPA has the legal option to apply the court decision to refineries only in the six states covered by the 10th Circuit, but top agency officials view that as unworkable, according to two people familiar with the matter. Administration officials including White House economic adviser Larry Kudlow had tentatively decided to apply the ruling nationwide. Oil industry allies are hoping Trump will personally intervene and order a shift in course.

Cruz has spoken with EPA Administrator Andrew Wheeler and Kudlow, “urging them to appeal the 10th Circuit decision, Sarah Durdaller, a spokeswoman for the senator, said by email. Representatives of Barrasso and Inhofe did not immediately respond to requests for comment.

Wheeler said Friday the agency is planning to make an announcement on its plans before the March 9 court deadline.

The credits refiners use to prove they have complied with biofuel quotas have surged 152% since the Jan. 24 court ruling on expectations the EPA will dramatically restrict waivers.

“Refiners are looking to see whether the Trump administration will stand up to protect small refineries and the jobs they support,” said Chet Thompson, president of the American Fuel and Petrochemical Manufacturers association. “If the administration hangs us out to dry on this and takes no other action to contain compliance costs, it will be a huge signal to our workforce.”