Oil pared its weekly loss as Saudi Arabia cranked up prices for its global crude exports and the U.S. demurred on a potential release of oil from the strategic reserve.

Crude in New York shaved its weekly loss to 2.8 per cent, rising sharply late in the session Friday after Saudi Arabia raised the official selling price of all the nation’s crudes to buyers around the globe. The Kingdom boosted its prices just days after refusing to concede to U.S. pressure to pump more oil. With the cartel unanimously agreeing to stick to its plans, attention now turns to whether U.S. President Joe Biden will respond. 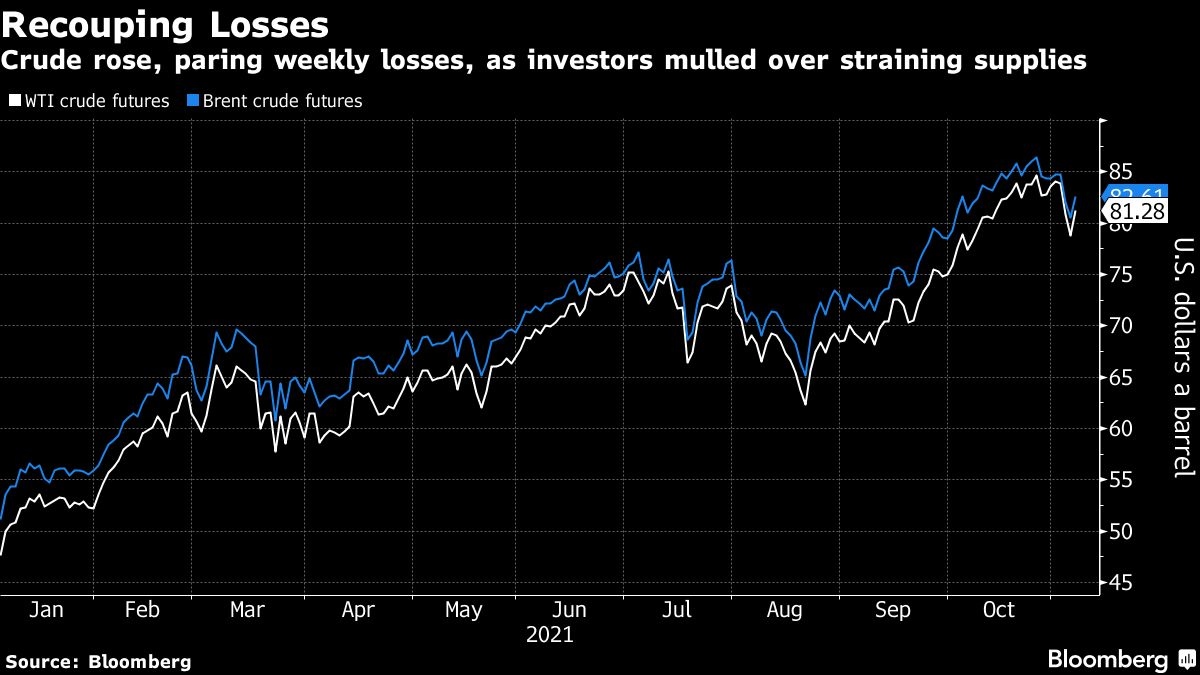 Oil has rallied to multiyear highs this year as major economies including the U.S. and China recover from the pandemic, with BP Plc estimating global demand has rebounded above the pre-virus level of 100 million barrels a day. A global energy crunch due to coal and natural gas shortages has exacerbated the tightness in the oil market and increased inflationary pressures in the U.S., prompting the Biden administration to seek ways to lower fuel costs.

Earlier Friday, U.S. Energy Secretary Jennifer Granholm said that the Administration is looking at a potential release from the Strategic Petroleum Reserve. Japan said it is in close contact with the U.S. and the IEA as pressure from consumers grows.

For months, President Joe Biden has led calls for OPEC+ to add more barrels to tame high oil prices. The U.S. was seeking an increase of as much as double the amount that was agreed and has been among key consumers that previously raised the prospect of tapping their own strategic reserves if the alliance didn’t cooperate.

“Oil is not the problem,” Saudi Arabia’s Energy Minister Prince Abdulaziz bin Salman said after the OPEC+ meeting on Thursday, citing natural gas shortages. “The problem is the energy complex is going through havoc and hell.”