With countries announcing oil reserve releases, the next move will be up to OPEC+: Lipow Oil Associates

Oil was steady, with U.S. traders on holiday, after OPEC said a planned coordinated release of reserves may swell a crude surplus expected early next year.

Futures in New York traded slightly above US$78 a barrel for a third straight day, and volumes were thin with Thanksgiving in the U.S. The surplus warning was made by the producer group’s advisory body ahead of a meeting with allies next week. Some of the cartel’s delegates warned this week that releasing strategic reserves may lead to the group holding back crude supply in January. 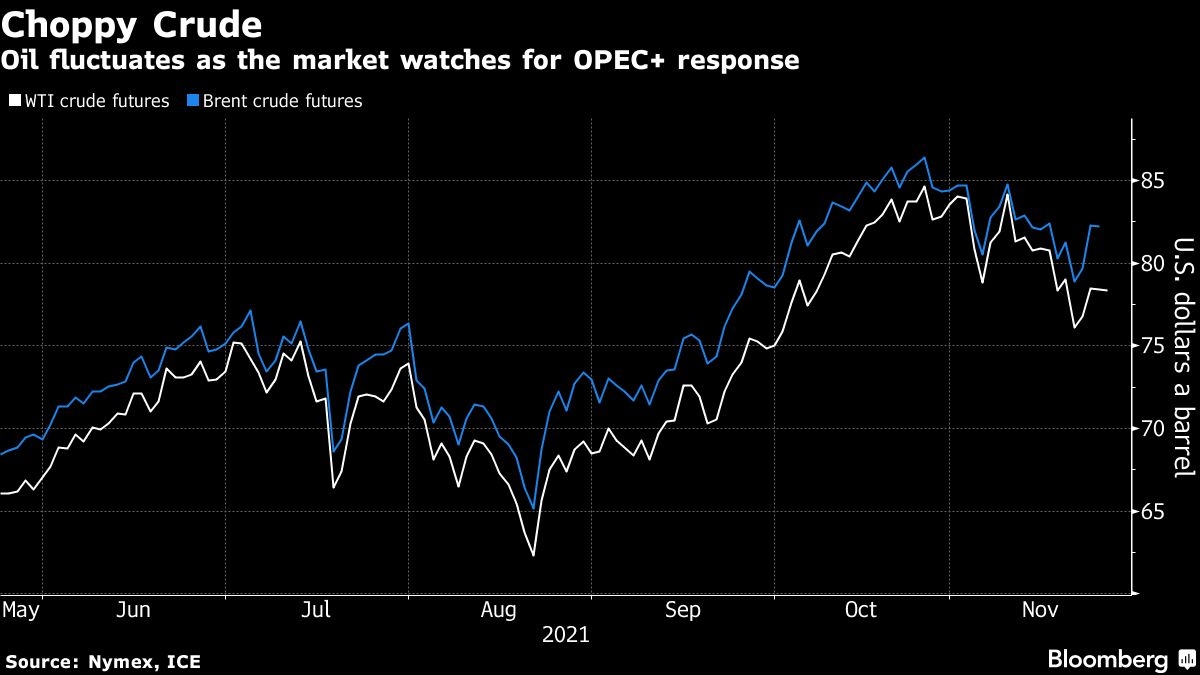 Crude had fallen over the past month as President Joe Biden agitated for a response to rising energy prices, but the landmark plan announced Tuesday fell short of expectations and saw prices rise. The International Energy Agency accused Saudi Arabia, Russia and other major energy producers of creating “artificial tightness” in global oil and gas markets, urging OPEC+ to accelerate the return of supplies.

Predictions on the response are mixed. Citigroup Inc. said OPEC+ is likely to stick to its planned increase of 400,000 barrels a day for January because reducing supply would erode the group’s claim of providing public good by stabilizing oil markets. Australia & New Zealand Banking Group, however, said the alliance will suspend the hike to provide a buffer to demand headwinds.

“The move by the six consuming nations will surely result in aftershocks as the fault lines between OPEC+ and major consuming countries become ever more visible,” said Tamas Varga, an analyst at brokerage PVM.

OPEC’s advisory body predicted that the excess in markets would expand by 1.1 million barrels a day in January and February to 2.3 million and 3.7 million a day, respectively, if 66 million barrels are injected by major consumers over the two-month period, according to a document obtained by Bloomberg.