Oil surged to the highest level in a month -- breaking out of a weeks-long holding pattern -- as shrinking crude stockpiles in the U.S. supported hopes for a global demand recovery.

Futures rose 4.9 per cent in New York, the most since late March, after trading in a US$5 range for weeks. U.S. crude inventories are at the lowest since February following the biggest decline in two months, according to the Energy Information Administration. At the same time, a gauge for gasoline demand ticked higher for a seventh straight week. That’s helped prices that have struggled to rally past US$60 a barrel.

“There’s always bearish factors in any market, but now that we’ve broke out to the upside, it likely means we’re going to retest the old highs, if not go through them,” said Bill O’Grady, executive vice president at Confluence Investment Management in St. Louis. 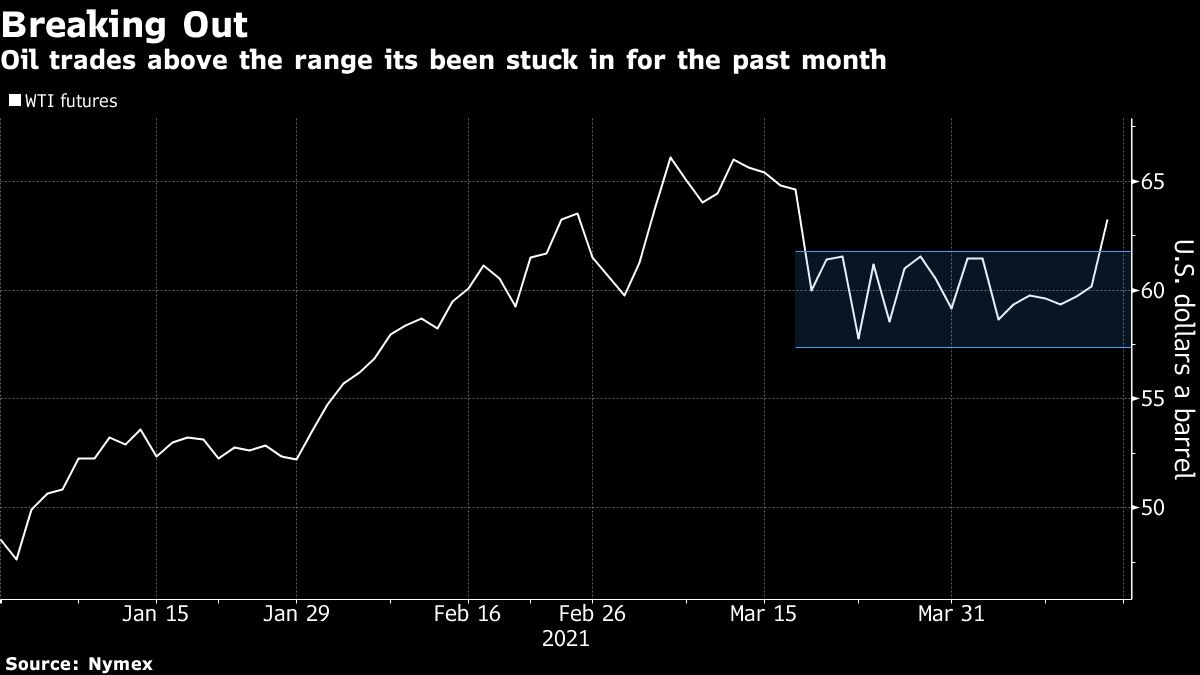 The stronger outlook for U.S. demand, along with improvements in China, earlier drove the International Energy Agency to lift its forecast for oil consumption this year. The IEA report follows similar moves by the U.S. Energy Information Administration and the Organization of Petroleum Exporting Countries to increase demand estimates for 2021. All three pointed to an improving economic outlook and the rapid roll-out of vaccines, particularly in the U.S. 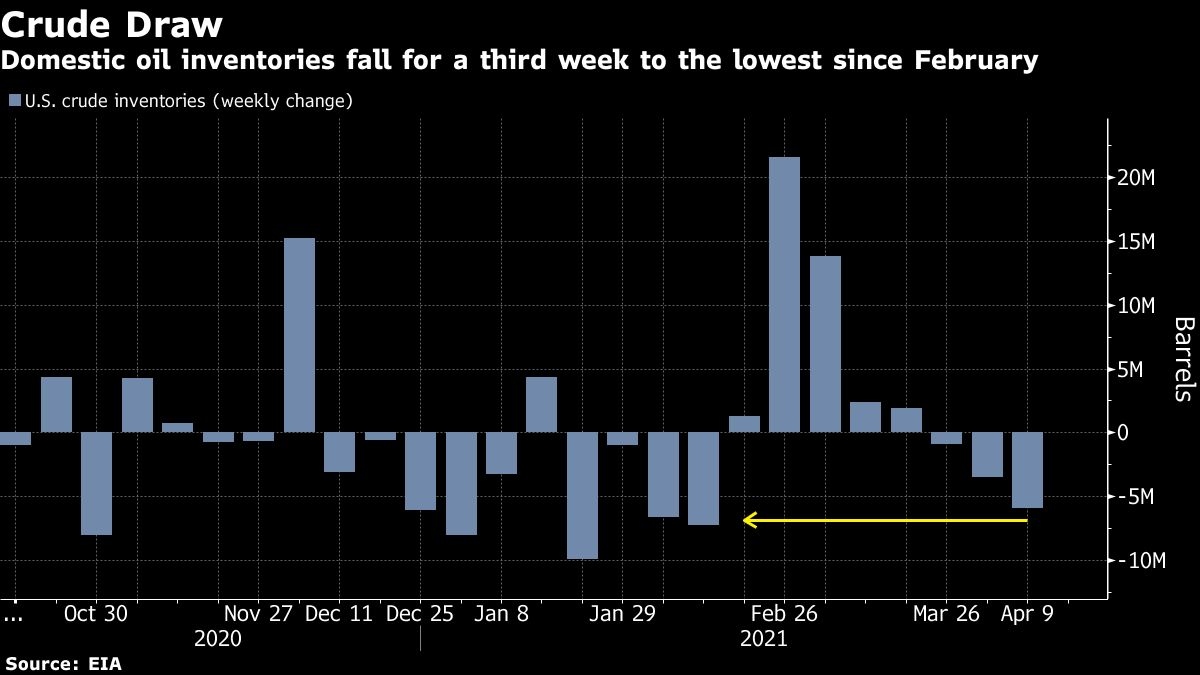 The EIA report showed the four-week rolling average of U.S. gasoline supplied has been on a multi-week climb back toward 9 million barrels a day, while refineries have been processing crude at the highest level since the early days of the pandemic. That comes as New York City toll traffic is set for its busiest April in at least seven years, while some see nationwide gasoline consumption having a record summer.

“The crude draw and the very slight increase in gasoline inventories speaks to the whole setup of recovering demand and balancing inventories,” said Quinn Kiley, a portfolio manager at Tortoise, a firm that manages roughly US$8 billion in energy-related assets. “It’s a stark difference compared to this time last year.”

It’s not just the U.S. that’s seeing green shoots of a return to normal consumption. Data from the U.K. showed road use was at 91 per cent of pre-pandemic levels on Monday, the strongest daily reading since November. Meanwhile, in lifting its demand outlook, the IEA noted strength in other key demand hubs. Japan, for example, saw its oil demand top pre-pandemic levels for the second month in a row in February.