Those earnings allowed it to hand a record US$3 billion to its executives and senior staff through share buybacks during the course of the year, according to the company’s audited annual accounts, seen by Bloomberg News.

Big energy traders like Vitol are enjoying the most profitable period in history, as skyrocketing prices and disruptions caused by Russia’s invasion of Ukraine provide a panoply of opportunities to make money. Rivals including Trafigura Group and Glencore Plc have also reported record trading profits. 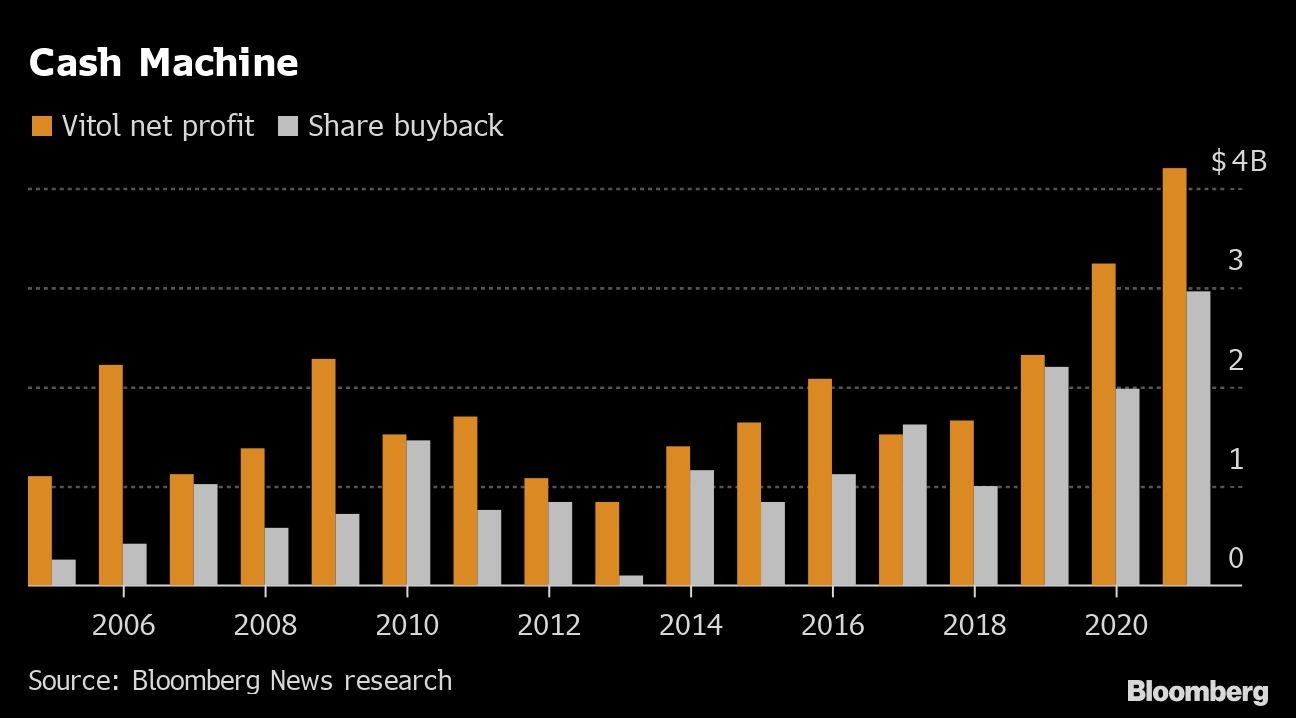 Vitol said in a management report appended to the accounts that on the basis of its first-quarter results, “we expect to achieve a reasonable result in 2022.”

The share buyback of US$3 billion is Vitol’s main way of rewarding the roughly 450 senior staff who own the company. It usually moves in line with the previous year’s profits, suggesting that this year’s buyback could be even higher.

However, the war in Ukraine has been a double-edged sword for traders like Vitol that have historically been leading shippers of Russian oil. While they have benefited from being able to buy Russian oil at a big discount, western sanctions against Russia have cast a shadow over their long-term investments in the country.

Vitol, which last year bought a 5 per cent stake in Vostok Oil, the flagship project of Russia’s state oil champion Rosneft PJSC, said in the management report that it “is divesting” its holding in Vostok. The overall financial effect of the conflict “cannot currently be estimated with certainty,” the company said.

The trading house invested US$886 million for its 75 per cent share in the joint venture that owns the Vostok stake, according to the accounts. The remaining 25 per cent is owned by Mercantile and Maritime Energy Pte.

The joint venture which bought its stake in Vostok in October, recorded a US$506 million loss on revenues of US$2.3 billion in the year ending in December. The loss was the result of an impairment, according to a person familiar with the matter.

Vitol, like its rivals, has needed to greatly expand its borrowing to finance the cargoes of oil and gas it ships around the world as prices rise. Its total loans and borrowings rose to US$16.2 billion at the end of last year, from US$5.3 billion a year earlier.

The company lifted shareholder equity to US$13.4 billion from US$12.2 billion a year earlier.