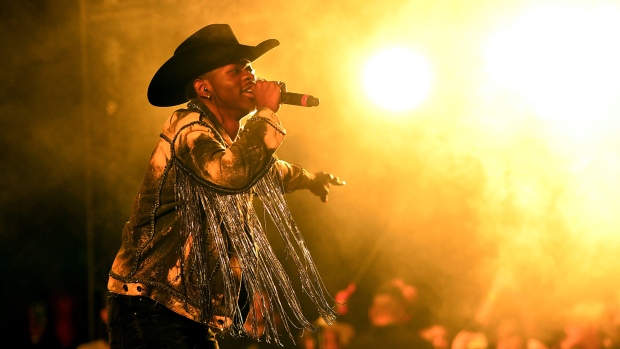 Wrangler’s shoutout in the song of the summer is giving the newly spun-off denim brand a much-needed boost.

Lil Nas X’s chart-topper “Old Town Road” has broken records to become the hottest track in recent memory. But one particular line in the song has made denim executives thankful for the country-rap hit: “Wrangler on my booty.”

The timing couldn’t be better for Wrangler, a turnaround project that’s in a state of transition as part of Kontoor Brands Inc., which separated from VF Corp. in May.

“We knew nothing about it, and then it just took off from there,” Scott Baxter, chief executive officer of Wrangler parent Kontoor Brands, said in an interview Thursday. “It’s introduced Wrangler to a more diverse group of folks and that’s where we want to be as a brand.”

The new entity also owns Lee, Rock & Republic and the VF Outlet business. Shares (KTB.N) surged as much as 17 per cent on Thursday, the most since the spin-off, after the company reaffirmed its annual guidance and said sales would “accelerate” in the second half of the year.

Wrangler will unveil a new marketing campaign in coming weeks as the brand looks to appeal to a broader set of shoppers. Previous campaigns under VF featured U.S. sports stars such as former NFL quarterback Brett Favre and NASCAR driver Dale Earnhardt Jr. Baxter said Wrangler’s new campaign will be more global and inclusive as he tries to reinvigorate the denim label.