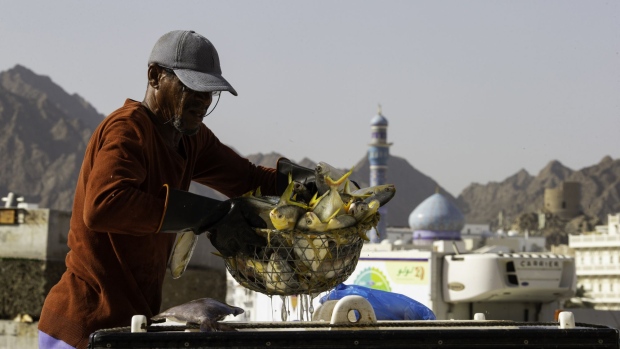 Oman is leveraging its energy assets as its economy benefits from a surge in oil prices. Photographer: Christopher Pike/Bloomberg , Bloomberg

Energy Development Oman, the state-backed company that controls one of the Middle East’s largest oil blocks, plans to sell at least $1 billion of Islamic bonds, according to people with knowledge of the matter, as the sultanate takes advantage of higher energy prices to bolster its finances.

EDO, as the firm is known, will use the funds from the Ijara sukuk for corporate purposes and the bonds will be backed by gas-concession assets, the people said, asking not to be identified because the matter is private. Standard Chartered Plc is helping to arrange the sale, they said.

Oman, whose public finances have long been among the weakest in the Gulf region, is leveraging its energy assets as its economy benefits from a surge in oil prices. Since taking power in January 2020 following the death of his long-time predecessor, Sultan Haitham bin Tariq had taken dramatic measures to help balance Oman’s finances that took a hit during the pandemic.

If the sale goes ahead, EDO would be one of a few borrowers from the Gulf to tap the global bond market as sales slow. Governments and companies in the region have raised $35 billion selling bonds and sukuk securities this year through Aug. 3, down from about $114 billion in all of 2021, according to data compiled by Bloomberg.

Many firms and issuers worldwide are delaying bond sales or exploring options for loans as policy tightening by major central banks and Russia’s invasion of Ukraine fuel higher interest rates and fund outflows.

In August 2021, EDO secured a $2.5 billion loan. At the time, Ibrahim al-Waili, head of corporate planning, said the firm may approach the debt market again.