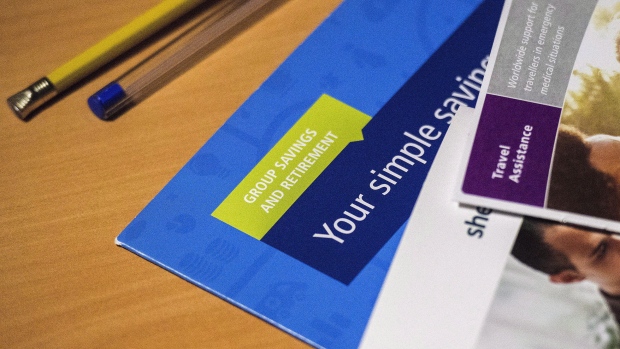 While there isn't reliable data on just how many people are disconnected from their pensions, the federal government says the number could be rising because of people switching jobs more often, qualifying for pension plans faster, retiring abroad more often, and not updating their mailing address because of increased reliance on online accounts. Samples of various employee benefits brochures are shown in a photo illustration, in Toronto on Tuesday, July 17, 2018. , The Canadian Press

TORONTO - OMERS says it has appointed the pension fund's president and chief pension officer as chief executive effective in June.

The pension fund handling the retirement benefits of local government employees in Ontario says Blake Hutcheson will succeed Michael Latimer, who is retiring after two decades with OMERS including the last six as CEO.

Under Latimer's leadership, OMERS assets have grown more than 50 per cent to more than $100 billion and the fund achieved an annual net return of eight per cent.

The organization deployed $33 billion of capital while expanding its global footprint by opening officers in Singapore, Sydney, Paris, Berlin, Boston and San Francisco.