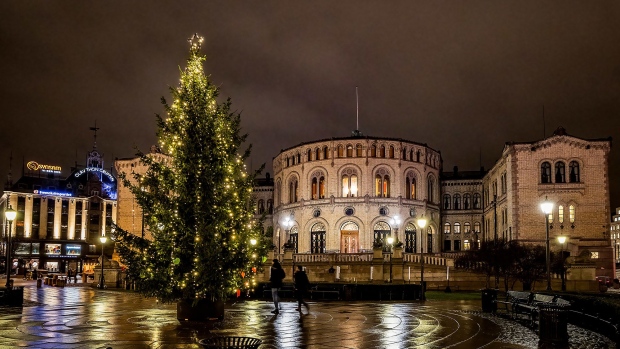 Cases of the omicron variant of Covid-19 in the Norwegian capital linked to a corporate Christmas party may rise to as many as 100, public broadcaster NRK reported.

All those who attended the event held by renewable power producer Scatec ASA on Nov. 26 are being treated as if they have the virus, the broadcaster quoted Line Vold, a department director at the Norwegian Institute of Public Health, as saying.

As of Friday, the institute had confirmed 19 cases of omicron in Norway, of which 13 were linked to the Oslo party. While the number of infections has risen sharply, hospitalizations haven’t increased, NRK said.

Scatec, which operates in more than 15 countries, including South Africa, had 120 employees at the event, a spokesman for the company said earlier this week. All the participants were recommended to test before attending and had a high vaccination coverage.

The impact of the infections on the company’s operations are expected to be limited, he said, referring all health related questions to authorities.

Norway on Thursday introduced measures to slow the spread of the variant, including working from home and a face mask mandate in shops and public transport.