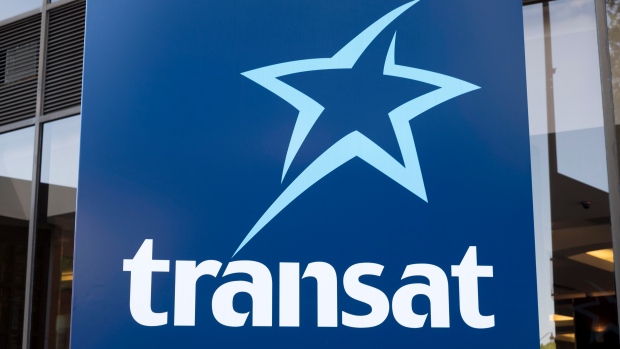 Air Transat AT , The Canadian Press

Between mid-December and mid-January, cancellations outpaced bookings as the new coronavirus strain mushroomed, reversing an upward sales trend through the fall. The swerve forced the company to cancel 30 per cent of its January flights and prompted a $114-million net loss in the quarter ended Jan. 31, a drop of 89 per cent from losses a year earlier.

In fact, bookings during the week of Feb. 15 — when the federal government announced it would roll back testing and self-isolation rules and lift its advisory against international travel — exceeded those from the same period in 2019.

While flight volume now sits just below half of pre-pandemic levels, by this summer Transat expects to operate at 90 per cent of its 2019 capacity as ticket sales ramp up, with eight fewer aircraft allowing for higher fleet utilization.

"We remained convinced from the start that this Omicron wave was a bump in the road and not something that was there to last. We have certainly taken a hit for the winter, but we are confident that our summer will still unfold as we had initially planned," Guérard told analysts Thursday.

Russia's invasion of Ukraine two weeks ago, which she called an "inconceivable attack," has not impacted bookings to Europe.

Guérard said Transat is "adapting" its pricing structure in response, and noted its long-range A321neo jetliners — known for their fuel efficiency — will be critical for cost savings on its 69 transatlantic routes this summer.

"It is obviously very volatile," he said. "Now we are currently unhedged, but that may change in the future."

Rule changes, including removal of the requirement that fully vaccinated Canadian travellers take a pre-departure COVID-19 molecular test, took effect on Feb. 28. But a rapid antigen test administered by a health professional remains mandatory for foreign visitors, and for Canadians who want to avoid quarantining at home for 10 days upon return. A positive test precludes a passenger from boarding.

"People are afraid to be stuck at destinations ... at hotels, increasing their travel cost," Guérard said, adding that the airline is pressuring Ottawa to scrap all border testing measures.

“When these will be removed — because we believe they will — it's going to have a bounce effect on the bookings.”

On Tuesday, Air Transat and Porter Airlines announced a code-sharing agreement they hope will draw customers to a wider range of connecting flights in Canada and abroad after a gruelling two years.

The first phase of the deal will focus on connecting Porter's operations at Toronto's Billy Bishop airport and the Halifax airport to Air Transat's hub in Montreal, the airlines said.

Expected to take effect this summer as travel demand rebounds, the agreement will see each airline sell, under its own code, flights operated by its partner. The deal enables travellers to combine flight segments on a single ticket and check their baggage just once.

Analysts had predicted adjusted losses of $2.38 per share, according to financial markets data firm Refinitiv.