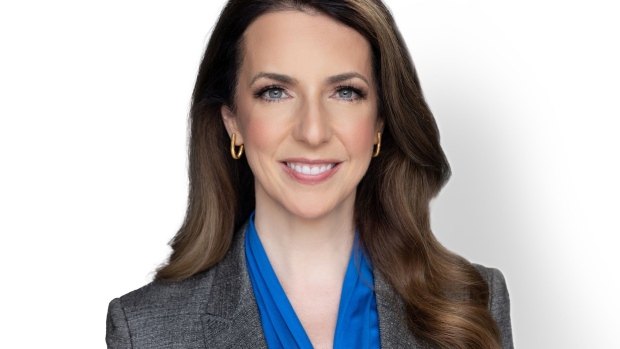 (Bloomberg) -- Investors’ imagination often goes to “dark places” in the face of uncertainty, but this week they might have overreacted, according to Kara Murphy, the chief investment officer of Kestra Investment Management.

The multiple blows from Covid and a new hawkish tilt to the Federal Reserve is similar to what we saw over the summer, Murphy said in an interview with Bloomberg’s “What Goes Up” podcast. Back then, traders were also preparing for more Covid cases and stimulus withdrawal. But this time around, markets are better able to handle a setback, if there is one, she said.

Below is a condensed and lightly edited transcript of Murphy’s conversation with Bloomberg. Click here to listen to the full show and subscribe on Apple Podcasts, Spotify or wherever you listen.

Q: We have two new headwinds -- the new Covid variant, plus a more hawkish tone from the Federal Reserve. How are you thinking about these things?

A: It’s not too dissimilar to where we were over the summer. So just as the delta variant was getting going, we were starting to understand it was much more contagious and we were starting to see rapid case increases in the U.S. and that happened just at a time when the Fed was gearing up to start withdrawing stimulus. So as those two things unfolded around the same time, delta ended up becoming more of a headwind than maybe some had initially thought, and that actually got the Fed to hit the pause button a bit and push out expectations for tapering and for Fed rate hikes.

Now roll forward a couple of months more and the stakes on both sides have increased a little bit, where we have another unknown variant. We know that the market hates unknowns. So in the absence of information, people often go to dark places. So the market is sometimes assuming the worst about this new variant. At the same time, we’re seeing more evidence of inflationary pressures. And I think we should break down what’s driving some of these inflationary pressures, but clearly the stakes have gotten higher for the Fed, and so we’ve seen a big change in language from Powell. It’s starting to pull forward expectations for tapering and Fed rate increases.

Q: What have you learned about the omicron variant? How are you thinking about it and is it potentially a false alarm that everyone is freaking out about this?

A: This is me as an investor and not an epidemiologist, but there is definitely a chance that this is a false alarm. And again, I don’t mean to downplay the very real human impact of this, but when we think about how businesses, individuals, economies have been able to react in previous periods, we’ve gotten better and better with every month that goes by in this Covid environment.

So assuming that this new variant is not a wholly new type of disease, we have better therapeutics, we have people being more careful in their behavior, we have a large portion of the population vaccinated. So we have a lot more tools today to be able to manage through this than we did before. And then put on top of that, we all know how to use our Zoom, we’ve all gotten used to working remotely, we know how to order things online. So I think the economy and people are in a much better position to be able to handle a setback, even if it is a setback.

Q: How big of a role did Jerome Powell play in the selloff we saw and do you think the reaction was rational?

A: I do think that the market had a bit of an overreaction, which is not uncommon, right? When you see a big shift in a viewpoint with somebody like Powell who is very influential, you can often see the market kind of overreact in the short term. And remember that we only just recently had a renomination of Powell. So his level of authority has been reinforced because of that nomination. So I think his word carries very heavy weight. He was also very clearly with the dovish camp within the Fed, and so to see him move a little bit more toward that hawkish end I think is quite significant. But I don’t know that I’d call him a hawk. He’s just a little bit more hawkish than he had been before.

Q: How are you looking at credit markets as a signal for the stock market considering the Fed changed the game with their credit facilities during the pandemic? Does that break that signal from credit markets?

A: I think of stock investors versus bond investors, almost like Gryffindor versus Slytherin -- there’s this healthy level of competition between the two, and there is always this real fealty to wherever it is that you came from. I won’t say who’s the Slytherin house. But there is a fair amount of loyalty, saying, like, if you’re a stock investor, no, no, no, the stock market is the one that’s giving the real signals. But I think any investor is going to look for more than one single data point to confirm, especially in very fast-moving markets.

I think back to the global financial crisis, I was then a stock analyst covering financial companies. And we would use the credit markets a lot because they were often picking up signals, particularly in funding markets, that the equity markets were missing. So there are times when there’s one part of the market that’s a little bit closer to the story. I think in this particular instance, we really aren’t looking at a lot of stress in general in credits. I wouldn’t say that credit markets are necessarily closer to the locus of the issue. It’s just yet another signal to be able to put alongside these other ones. So in this case, you’re going to look at the full set of data that you can and what that’s telling us is that there’s nobody there who’s raising the red flag.

Q: What are you expecting for the remainder of the year and for 2022?

A: If we roll back briefly to 2020, where we had the massive air pocket in the economy, corporate earnings took a really quick dip down and then as the market started to recover, you had prices that were recovering way before earnings did. So all of the increase in stock prices that we had in 2020 was really driven by an increase in valuation. Then when we roll forward to 2021, we had a really big rebound in corporate earnings profits and some compression in valuation. And that’s a healthy thing. And that’s typically what we see coming out of a downturn. And so I would expect to see part of the same into 2022. We already have corporate profits that are at or near historic highs. We think corporate earnings growth will remain strong in 2022, but not as strong. But if we have a market that’s just turning sideways for a little bit, it just gives time for those earnings to catch up with the prices that we have right now.