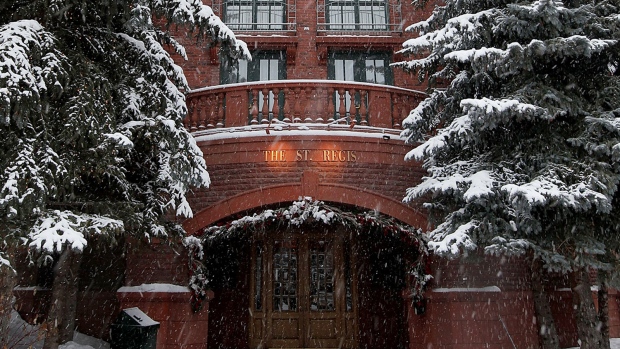 The New York-based Belgian entrepreneur is throwing cryptocurrencies into the mix.

De Baets plans to sell shares in a global real estate portfolio in the form of digital tokens following a comparable sale last year of part ownership in a Colorado hotel for $18 million. He's targeting $250 million of transactions this year, including a $100 million deal in Thailand.

The process is called tokenization, the term of art for promoters denoting the transformation of assets, such as property or art into tradeable digital contracts known as security tokens, which live on a blockchain.

While security tokens have been discussed for a few years, crypto enthusiasts forecast they will be a growth business in 2019. One of the best known bulls, former hedge fund investor Michael Novogratz, said in November his firm Galaxy Digital Holdings Ltd. was getting on the tokenization bandwagon and had hired a real estate banker from Goldman Sachs Group Inc. to help run the effort.

Proponents say the process will allow investors to access markets currently beyond their reach, create liquidity and introduce a regulated method for raising money via digital assets. To the skeptics, the new tokens and the way they’re sold—so-called security token offerings, or STOs—are little more than a desperate attempt to inflate the crypto bubble that burst so spectacularly in 2018. A meaningful marketplace for such contracts doesn’t yet exist.

De Baets, who founded the restaurant group Chefs Club, said his first sale of security tokens, which gave investors indirect ownership in the St. Regis Aspen Resort in Colorado, complied with U.S. rules for private sales of securities to accredited investors—which do not have to be registered with the Securities and Exchange Commission. Future sales in the U.S. will follow the same pattern, he said.

“If you’re doing a security token offering because you want to have fractional ownership in order to increase liquidity that’s not a good reason as it will only attract speculators,” said Morris. “The property market is hot enough for assets that take months to sell, it would be on fire if you could have a way of selling and trading real estate in seconds.

Tokenizing assets allows for the “democratization of the investing process” by removing middlemen, said De Baets. Tokenization could also be more lucrative for the seller than a traditional sale process because there will be fewer intermediaries to pay and if the token becomes liquid it should result in a higher valuation, said De Baets.

After structuring its Aspen offering to be compatible with the Ethereum blockchain, Elevated Returns, De Baets’ real estate company, has chosen to issue all further tokens on the Tezos blockchain. While the Tezos project has been rocked by lawsuits and infighting among its core team in recent years, its platform is better suited to asset tokenization by virtue of its security and stability, said De Baets.

Elevated Returns is also partnering with Securitize, an issuance platform for security tokens, which will provide technology to ensure its token offerings remain compliant within all jurisdictions where they can legally be sold and traded.

To contact the author of this story: Alastair Marsh in London at amarsh25@bloomberg.net

To contact the editor responsible for this story: James Hertling at jhertling@bloomberg.net