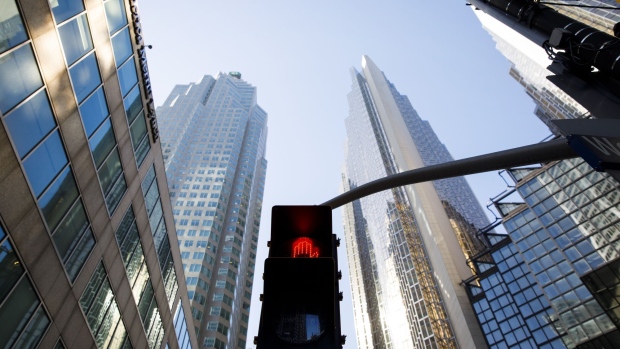 A crosswalk sign flashes red in the financial district of Toronto, Ontario, Canada, on Friday, May 22, 2020. , Bloomberg

Canada’s active fund managers that were once seen as best among their peers have had trouble holding on to that status.

Very few of them have consistently outperformed their group regardless of their asset class or style focus, according to S&P Dow Jones Indices. For stock pickers that were in the top quartile five years ago, none of them maintained that status annually through 2019, the firm said in its inaugural Canada Persistence Scorecard report.

Active managers have struggled to keep up with passive investments over the past few years. Despite a historic bull market, 92 per cent of Canadian equity funds underperformed their benchmark in 2019 with 86 per cent coming in below that performance over the decade.

Index-trackers have increasingly allocated more money to exchange traded funds with record levels of products launched over the years. Canadian ETF inflows were at $22.4 billion for the first half of 2020, more than double the amount in the first half of last year. Two-thirds of that money went into equity funds.

“If we consider funds in the top half of 2015’s performance distribution, in six of the seven categories fewer than five per cent of funds maintained their performance over the next four years,” said Berlinda Liu, director at S&P Dow Jones Indices. “Coin flippers had higher odds of success.”

The latest S&P study looked at funds that have, at any point in the past decade, been classified in at least one of seven categories, including dividend and income equity and Canadian small-/mid-cap equity.

The poorest-performing funds, the ones ranked at the bottom of the scorecard, “were generally the most likely to merge or liquidate over the subsequent three- and five-year windows.”