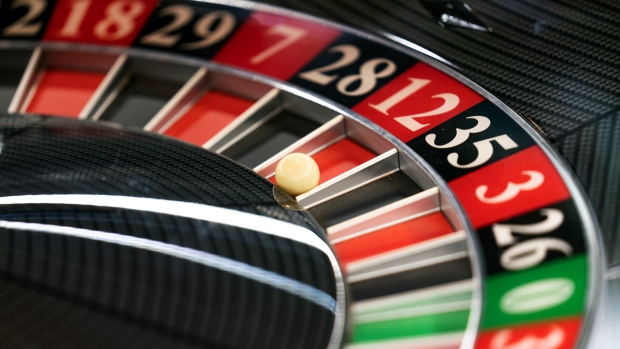 A ball sits on a roulette wheel at the Global Gaming Expo Asia (G2E Asia) in Macau, China, on Wednesday, May 16, 2018. The expo runs through May 17. , Bloomberg

B.C. Attorney General David Eby said he was informed that the high-profile case into suspected drug money circulating in Vancouver-area casinos had “collapsed.” The investigation by the Royal Canadian Mounted Police, which began in 2015, was set to go to trial in January, according to CBC.

It’s unclear to provincial officials why the federal government stayed -- or discontinued -- the criminal charges, Eby said. “Something obviously went terribly wrong,” he told reporters in Vancouver. “We have to figure out why this is happening, why it is that we appear unable to prosecute these criminal activities.”

Five counts were included in the original indictment, including laundering the proceeds of crime and possession of property obtained by crime, CBC reported. The charges didn’t meet the threshold of a reasonable prospect of conviction and serving the public interest, the report said, citing Public Prosecution Service of Canada spokeswoman Nathalie Houle.

Earlier this week, Global News reported that a secret police study into more than 1,200 luxury real estate purchases in the Vancouver area in 2016 found that more than 10 percent were tied to buyers with criminal records -- of those, 95 percent were believed to be linked to Chinese crime networks.

“This is a crisis for our province,” said Eby, who has pleaded with the federal government for resources and a coordinated national approach to combating money laundering. “It is a disturbing signal that a prosecution of this magnitude collapses.”

The investigation was the largest into money laundering in B.C. history, in terms of data and money involved, and one of the biggest in Canada, Eby said.