Canada might be in one of the biggest housing bubbles of all time: David Rosenberg

David Rosenberg, the chief economist and strategist at Rosenberg Research, described real estate valuations in this country as a “huge bubble” of historic proportions.

“This might be one of the biggest bubbles of all time,” Rosenberg said in an interview Wednesday. “Of course, it’s been predicated on where mortgage rates are.”

The comments followed the Bank of Canada decision to maintain its benchmark overnight interest rate at 0.25 per cent. In an accompanying statement, the central bank described recent housing market activity as being “much stronger than expected.”

BNN BLOOMBERG POLL:
Do you agree that some Canadian cities are in a housing bubble?

The country’s largest market fetched headlines last week when the Toronto Regional Real Estate Board said the average selling price in the Greater Toronto Area jumped 14.9 per cent year-over-year in February to a record $1,045,488. And, in Vancouver, home sales in February were 42.8 per cent above the 10-year average, according to the local real estate board.

Rosenberg noted that a key national home price has experienced double-digit gains with virtually no wage growth to help Canadians keep pace. He described the relationship between income and home prices in Canada today as resembling the disparity between incomes and tech stocks during the dot-com boom-and-bust cycle.

“I’m pretty wary certainly about the valuations in residential real estate. Would I be going out and buying a home today as an investment in Canada or in the [Greater Toronto Area]? Absolutely not. I would just as soon go in the stock market.” 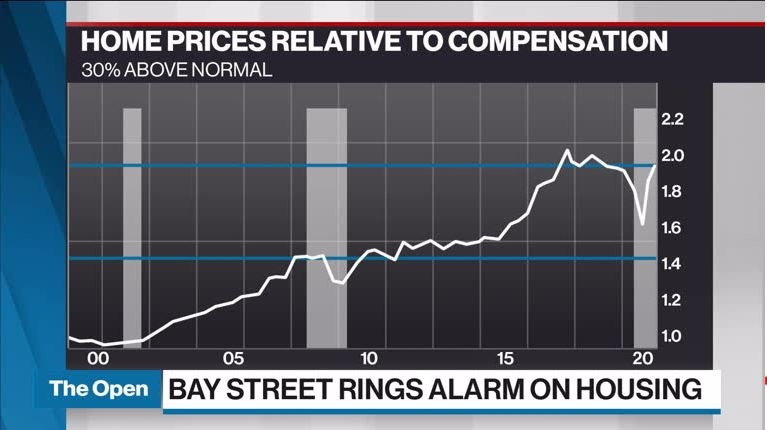