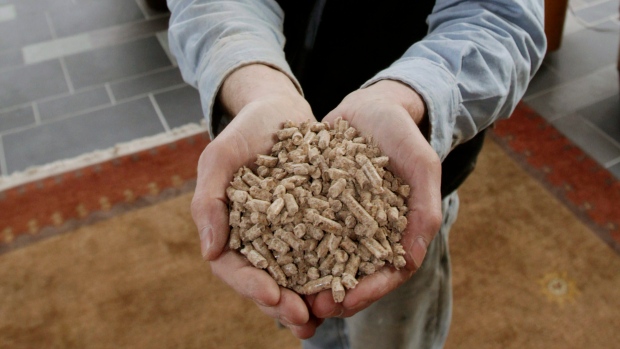 A man holds a handful of wood pellets used to heat his home , The Associated Press/Pat Wellenbach

A successful deal would make it the second-biggest renewable energy IPO in Canada after TransAlta Renewables Inc (RNW.TO) raised $221 million in 2013, according to Thomson Reuters data.

British Columbia-based Pinnacle, one of the world's biggest producers of wood pellets, could file IPO documents as early as Friday, the people said.

ONCAP, a unit of Canadian buyout firm Onex that focuses on the middle market, acquired a majority stake in Pinnacle in 2011 for $71 million, according to ONCAP's website.

Onex has hired CIBC as the lead underwriter for the IPO, the people said, declining to be named as the information is not public.