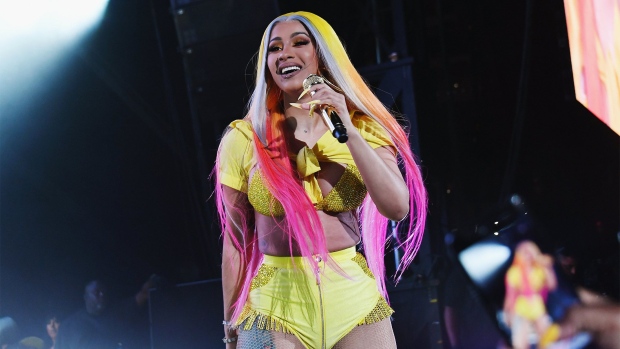 OnlyFans, a site where celebrities and adult-film stars charge admirers for access to videos and photos, is in talks to raise new funding at a company valuation of more than US$1 billion, according to people with knowledge of the matter.

So far, its celebrity users include professional boxer Floyd Mayweather and rapper Cardi B. Companies such as Sticky’s Finger Joint, a restaurant chain specializing in chicken fingers, have joined OnlyFans as part of their marketing strategies.

“Athletes are a creator genre we’re seeing a lot of growth in,” OnlyFans founder and Chief Executive Officer Tim Stokely said when Mayweather joined the site earlier this month.

OnlyFans handled more than US$2 billion in sales last year. Since the site takes a 20 per cent fee, that means it had over US$400 million in revenue.

This year, the London-based company is growing at a rate of over 100 per cent, according to the person familiar with the situation. OnlyFans has said it’s paid out over US$3 billion to the more than 1.25 million creators on its platform. It has over 130 million registered users.

Stokely, a British entrepreneur, founded the site in 2016 and later sold a majority stake to Leonid Radvinsky, a Chicago-based internet entrepreneur. Both Stokely and Radvinsky have a background in adult entertainment.

Use of OnlyFans exploded during the pandemic, as adult-film stars, models, fitness instructors and chefs all relied on the site to charge fans for special classes or private messages.

It faces competition from other sites seeking to profit from fan experiences. That includes Cameo, which lets celebrities sell personalized messages to fans. Baron App Inc., Cameo’s parent, said in March that it was valued at more than US$1 billion after raising US$100 million in a funding round from investors such as SoftBank Group Corp.’s Vision Fund 2 Earlier this week, Cameo announced it was adding basketball star Earvin “Magic” Johnson as a board member.

In enlisting more celebrities and athletes, OnlyFans aims to offer a view into their personal lives -- for a fee. That’s the case with Mayweather, who joined the site just before his exhibition fight with influencer Logan Paul last week.

“I’m looking forward to sharing a glimpse into my life and some never-before-seen content while getting to know top fans,” Mayweather said in a statement.