Ontario’s budget projections may be underestimating the tax revenue that will come with a strong economic recovery from the pandemic, according to the Canadian province’s fiscal watchdog.

The Financial Accountability Office of Ontario sees the province’s budget deficit at $26.5 billion (US$21.9 billion) for the current fiscal year and $19.6 billion for 2022-23, according to a report released Thursday. Those are smaller deficits than the $32.1 billion and $26.2 billion, respectively, projected by Premier Doug Ford’s government in its most recent fiscal plan, excluding the reserve item.

“Although not announced in the 2021 budget, these revenue shortfalls might be explained by potential planned tax cuts,” according to the report written by FAO officials. The watchdog said its own estimates are “based on the usual relationships between tax revenue and economic growth.”

A provincial election is scheduled for June 2022. 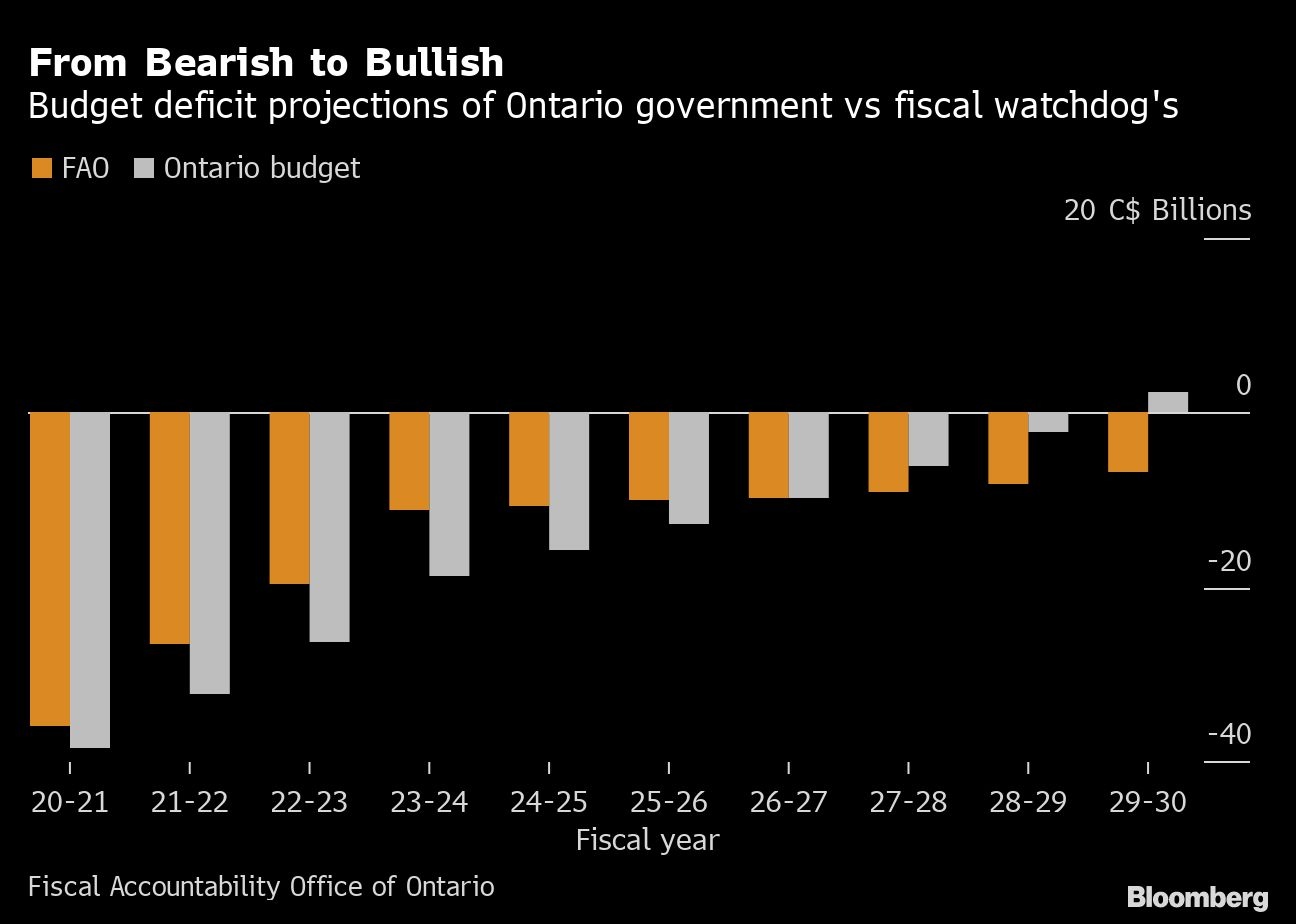 The budget watchdog estimates smaller deficits than the government’s projections until fiscal 2025-2026. After that, the trend changes -- the FAO sees a potential shortfall of $6.9 billion in fiscal 2030, versus a small surplus in the Ford government’s plan.

“The government’s recovery plan relies on prolonged spending restraint that would require significant and permanent cost savings that have historically been difficult to achieve,” said the report.

The province’s ratio of net debt to gross domestic product, a key measure for bond investors, should be around 47 per cent over the next several years before declining to 44.7 per cent by the start of the next decade, the FAO said.

“However, this progress could be hindered if interest rates rise above expected economic growth.”