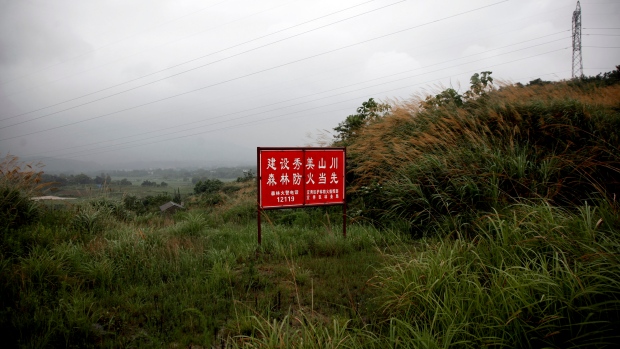 A sign warning against forest fires stands in the Xinxin forest reserve, a collective reserve that Mandra Forestry Holdings Ltd., a subsidiary of Sino-Forest Corp., had leased land from, in Anqing, Anhui Province, China, on Wednesday, July 13, 2011. , Qilai Shen/Bloomberg

The court dismissed the appeal on the penalties that an Ontario Securities Commission panel imposed on former CEO Allen Chan as well as Albert Ip, Alfred Hung and George Ho, who were found to have defrauded investors by overstating the now defunct company's timber assets and revenue.

OSC director of enforcement Jeff Kehoe says it was an important ruling that upheld the approach of the commission's panel in one of the largest corporate frauds in Canadian history.

The panel found the fraud resulted in $6 billion in cumulative loss in equity market capitalization.

In July last year, the panel ordered Chan to pay a $5-million penalty, $2 million in costs, as well as disgorge $60.3 million to the commission. Chan was also ordered to pay more than $2.6 billion in a civil case ruling in March last year.