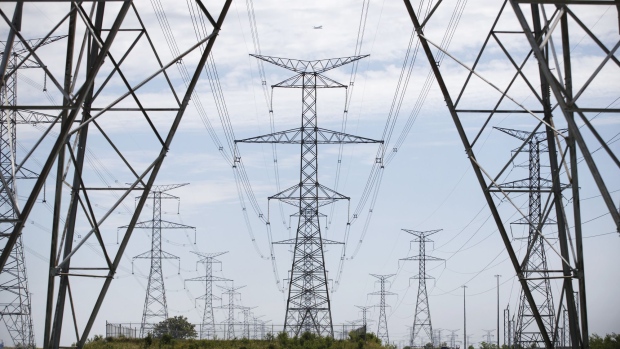 TORONTO -- Ontario cut some hydro rates on Tuesday in response to a surge in people forced to work from home as a result of the COVID-19 pandemic.

The 45-day switch to off-peak rates no matter what the time is critical, Premier Doug Ford said.

"You will pay the lowest rate possible 24 hours a day, seven days a week," Ford said. "You won't have to do anything to receive the savings."

The change is expected to affect about five million residential ratepayers, farms and small businesses subject to time-of-use pricing.

The shift will see people pay a flat 10.1 cents per kilowatt hour all the time. Peak rates are as high as 20.8 cents. The change will cost the province approximately $162 million, the government said but families should save more than $20 per month. Small businesses will save $150 and farms more than $300.

Energy Minister Greg Rickford said the government has not ruled out extending the measure but will reassess in mid-May.

Depending on billing cycles, some customers won't see the rate change reflected until their next electricity bill. Anyone whose billing cycle ended before the change will receive the reduced rate as a credit on a future bill.

The province said it would also continue to subsidize hydro at a 32 per cent rebate that is currently applied to consumers' bills.

The rate change came as the province ratcheted up messaging about avoiding close contact in efforts to curb the spread of COVID-19. Ford urged people to stay home if they can. He has ordered all non-essential businesses closed by Wednesday.

The Canadian Federation of Independent Business lauded the government but called for further action when non-essential businesses eventually reopen.

"We urge the government to consider extending the 45-day deadline of this relief to avoid businesses that are starting back up after COVID-19 facing peak summer rates when the economy is just getting going again," the federation's Ryan Mallough said in a statement.

Other provinces appear to be taking a different approach from Ontario, with Hydro-Quebec saying Tuesday it's not cutting what are already the lowest rates in North America.

"Here in Quebec we do have a rate that is at 7.3 cents a kilowatt hour, which is 30 per cent less than the off-peak rate in Ontario," spokesman Cendrix Bouchard said in an interview.

The CEO of the British Columbia Utilities Commission said no utilities had applied to lower rates, and the province had not ordered it to do so. Still, David Morton said the commission was in talks to provide relief for consumers while ensuring utilities maintain liquidity.

"The last thing we need is a windstorm that knocks the power out and they can't pay the crews to fix it," Morton said.