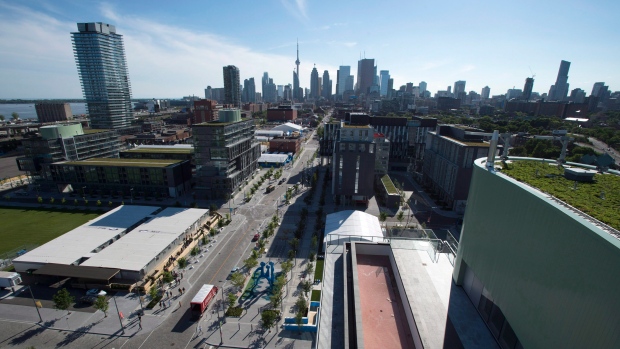 The view of the Toronto skyline is shown from an apartment at the Pan Am athletes village , The Canadian Press

TORONTO - A group representing Ontario's rental-housing providers says at least 1,000 planned rental units have been cancelled or converted to condominiums since the provincial government introduced new rent control rules in the spring.

The report says that before the introduction of the government legislation, 28,000 rental units were in the planning pipeline, but since the new rules were introduced 1,000 of those units have been cancelled or converted to condominiums.

The report estimates that if 6,250 new rental units are not built per year in Ontario supply will continue to drop.

Housing Minister Peter Milczyn says the province does not plan to change rules which cap annual rent increases and which previously only applied to units built before 1991.